7 Benefits You Get from Vomiting 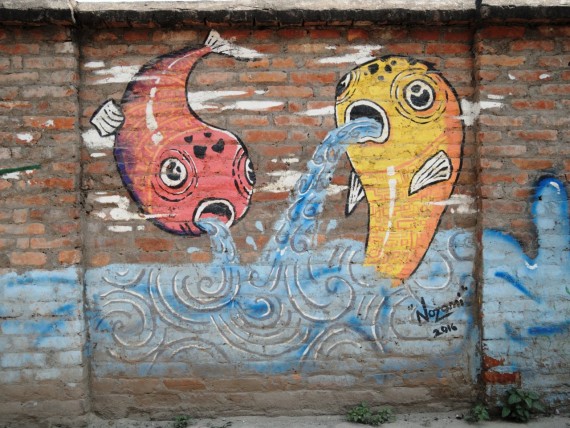 Throwing up is a gross experience, but it has so many benefits that it's no less than a blessing. It feels weird, it's smelly, and messes hair, clothes, and shoes. However, you would never mind vomiting after reading this article. In many cases, doctors ask the patient to vomit; otherwise, there could be grave consequences. Before I start with the article, I must ask you not to try to throw up yourself to get these benefits. These are the benefits our body naturally gets from vomiting. There are also cases when throwing up isn't good for us and it has to be stopped by using medicines. Now let's get on with vomiting benefits.

There reside more things in our stomach than we can imagine. Many of these things aren't good for our health. We don't usually watch what we eat these days. If our stomach isn't clear and in good health, it can cause many diseases. Every time you vomit, you clear your stomach. Your system throws out everything that may be poison for your body. Vomiting is used by doctors to get the toxins out of their patient's body.

Get Rid of Bad Foods

There are food stalls everywhere. We eat something new everywhere we go without thinking about health issues. We don't ask or scrutinize if that place is clean enough to provide food or what ingredients they are using. Many people use rotten ingredients to get more profit out of their sales not caring about the health of their customers. That's why you have to take care of yourself.

Fortunately, your own body also cares about itself. So every time you eat something bad, you feel nauseous and eventually throw up. It happens when your body feels like you have consumed something that is harmful to you. If that bad food was to stay inside your body, it would have caused many other and worse complications. That throwing up is actually beneficial for you.

Ever happened that you were feeling tired and heavy on the head? Happens to all of us and there are several reasons behind it. Instead of focusing on the reasons, I'll remind how you get rid of that problem. The answer is vomiting. Every time you throw up, you feel lighter on your head and body. It feels like a great weight has been lifted off of you. The only problem is, you don't always throw up right on spot.

You feel sick for quite a lot of time, then feel like throwing up, then acting like throwing up, and then comes the time when you actually throw up. It takes a lot of time and misery during all these phases. Many people try to vomit to end it once and for all. You can read Naomi Kizhner's guide on how to make yourself throw up when needed. They have also mentioned all the warning about voluntary vomiting that you should know. It is recommended only to do it when you are sure or advised by a doctor.

Tries to Save You from Death

This is the benefit where vomiting deserves a standing salute from the entire world. We don't value this gross thing much, but it actually does its best to protect us - even from ourselves. A lot of people try to take their lives using a poison. Lucky for us, there isn't any formal education on which poison to use to kill yourself. Most of those people end up drinking or eating something that either won't kill them or put them through worst misery for a lot of time before finishing them off. Either one isn't favored by anyone - not the suicider nor his/her family.

Even if the poison really is deadly, your body will do its best to save your life. As soon as your body detects poison, it tries to throw it out as vomit. Though rarely anyone survives if they did their research before buying the poison, still many people survive if they vomit on time. If you ever find someone or yourself in such a situation, try to throw up; of course, going to a doctor should be your priority.

There are times when vomiting wouldn't stop in a fever. It wouldn't let us eat or drink anything because of a body malfunction of not accepting any food. You can solve this issue with a few medicines. However, there are also times when all your fever is killed by one vomit. I don't know the scientific reasons behind it, but I do know that it takes the patient out of his misery by curing him. It throws out anything that was bothering the system of your body. After that, you feel stronger and hungry. You eat when you are hungry, which is very important for any patient.

It might sound absurd to some, but ask a fraternity member the importance of winning a drinking competition. There are competitions where you lose when you throw up; vomiting is your enemy in this case. However, there is also type of competition where vomiting doesn't matter as long as you drink most. There is only a limited space in your stomach to hold any drink. You need to get the existing liquid out of stomach to make place for more. If you easily vomit, you are likely to drink more and win that competition.

Get Alcohol Out of Your Body

Whether it was a drinking competition or a regular night out with friends, we all face the time when we drink more than we can handle. This also results in a terrible hangover the next day. When you drink too much, you either start to vomit or pass out. If you want to lessen impact of next day hangover, try to get it all out of your system by throwing up.

Five of Your Favourite Takeaway Dishes You Can Make at Home

Hypnosis- A Safe Cure For Depression

7 Benefits You Get from Vomiting