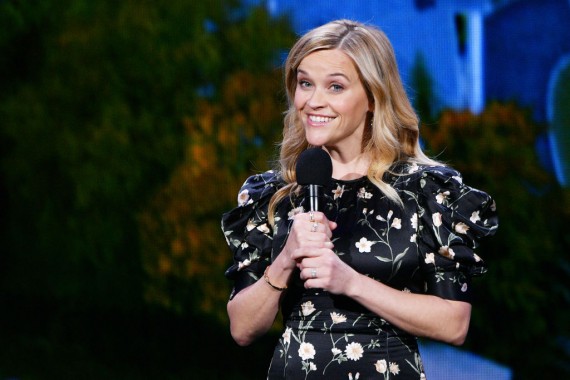 Reese Witherspoon is down to try anything for her fans, including eating three levels of spiciness just to entertain her social media fans. Even though admittedly not fond of spicy foods, the actress was quite the trooper.

The "Big Little Lies" actress is known to be quite active on social media, where she posts relatable as well as amsuing content for her followers to see and comment on. It is precisely one of the reasons why she is still well-loved to date. Her latest video is quite hilarious, and guaranteed to earn her one or two more admirers, or followers.

People who do not like spicy foods are likely to find them unpleasant when the fiery sensation spread all over the tongue. While spicy food lovers, will find the heat quite enjoyable and awakening, those who are not used to it can even be reduced to tears and coughing. What is mild for a spicy food lover, can already be quite intense for those who do not usually eat chili-filled dishes.

Reese, despite admittedly not fond of spicy food, makes a drive to a restaurant in Nashville called Hattie B's, to show that she's willing to experience something unplesant, even painful, just to make her fans happy, as reported by Pop Sugar.

She did not technically call it a "spicy chicken challenge." But what she did can be compared to what many had been doing all over Tiktok, Youtube and many more other platforms, which is to push themselves to eat all types of very spicy foods, sometimes on crazy levels and calling it a "challenge."

Upon arriving at the Hattie B's, she ordered three dishes of spicy chicken, in three different levels of spiciness. For several times in the video, she repeatedly said she did not like spicy dishes. She keeps saying so up until she already arrived home and actually tried the dishes.

When she got right into it, she tried the so-called mildest among them all. Although she said she felt the heat, Reese shared it was not so bad. ""Oh, that's not bad at all - wait, hold on. The spice is later. Hold on . . . OK, that's good. I can handle that . . ." she hilariously told her Instagram fans.

While she can already give up at this point, because she already proved herself an adventurous trooper, she still forged on. In fact, when she got into the medium spicy dish, she surprisingly liked it more than the mild one.

"OK, it's a little spicy, but not bad, not crazy. It's like salty cayenne pepper - really yummy," she said.

She looked like she regretted tasting the third dish though, making exclamations that showed its spiciness is quite out of this world. Before she even took a bite, she was already a bit intimidated by the look of the third chicken dish and hilariously asked what could have been the ingredients

""Like, what do they put on this? Fire? Ghost pepper sauce or something?", she said.

When she ate it thought, it is when all the fun started. She kept repeating her expressions of panic -- "Oh my god, oh my god - OK, that's really hot," she said. She ended up getting milk to ease the pain and claiming medium is the best!

Watch the whole video below:

READ MORE: Wendy's Chicken Nuggets: How to Get 10 Pieces for Free