Molecular Gastronomy: Cooking, More Science than Art After All? 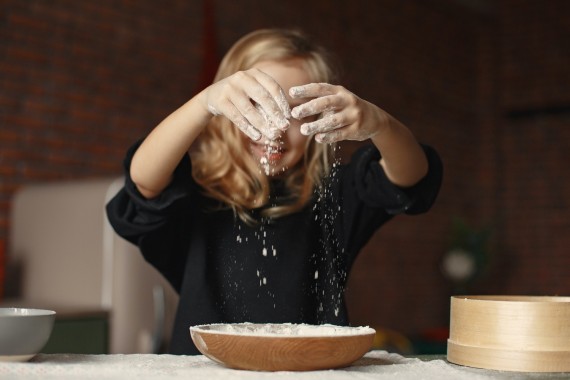 Molecular Gastronomy is a thing.
(Photo : Photo by Gustavo Fring from Pexels)

For those who do not know better, cooking is so much more of an art than science. We hear that said a lot, especially for those who love to cook with a flair. But it might be more apt to describe cooking with flair as a science, or molecular gastronomy in particular.

Molecular Gastronomy: Cooking a Science After All?

Since the late 19880s, the use of science to make the kitchen come into life has taken off. In other words, luminaries in the culinary world find it beneficial to use science to transform their dishes, not just with how they look but with how they taste. Many of those who realized scientific concepts can be adhered to when cooking have the world's most successful restaurants today, so molecular gastronomy cannot be undermined.

Rene Redzepi, chef-patron of the five-time world's best restaurant, Noma, and the Roca brothers, with their top-notch, El Celler de Can Roca, are notable examples of molecular gastronomists.

Molecular gastronomy can be treated as just one discipline of the larger area of food science, though. Not one branch has been focused on using chemical processes for cooking food at home or in a restaurant until molecular gastronomy is coined.

However, this so-called science of cooking can be traced back to Nicolas Kurti and Herve This in 1988. According to Truly Experiences, it was not until 1992 that the term "molecular gastronomy" was coined by the late Oxford physicist Nicholas Kurti and the French INRA chemist Hervé This.

Herve This once talked with Engineering and Technology and described exactly how molecular gastronomy works. He somehow stamped in people's minds that science can be involved in the kitchen, and not just art (not that science is better than art or whatnot).

Herve This talked about how he first started experimenting with traditional French cookbooks, so he tested the so-called "culinary precisions." He talked in precise terms about how science helped him with his cooking. He said he studied factors linked to sensory perception and agreed that a multi-sensory approach is what is needed to come up with avant-garde style of cuisine. Herve also took the opportunity to differentiate between the study of molecular gastronomy and molecular cookery and made people see that scientific understanding is actually a fine knowledge to have when cooking.

READ MORE: The Real Deal with Air Frying: Can It Be Linked to Dementia?

Kurti, on the other hand, can be described as practicing molecular gastronomy far longer than Herve, even when the term has not been coined yet.

He is treated as an advocate of these ground-breaking methods in the kitchen for a while already before the term happened. He was once on British television, some time back in 1969, and showed viewers how it was possible to use a syringe to inject brandy into hot mince pies so that the pastry would be not be damaged as you get the ingredient in. Many of the viewers were left dumbfounded then. Many are still awestruck these days to see science in action in the area of cooking.

Science in cooking takes more than just getting the fire going, after all.

Later that year, Kurti also demonstrated how valuable and fun science could be in cooking at the Royal Society of London. One of his presentations had him cooking sausages by connecting them across a car battery, which got many ooohing and aaahing.

"I think it is a sad reflection on our civilisation that, while we can and do measure the temperature in the atmosphere of Venus, we do not know what goes on inside our soufflés," he shared to that particular presentation.