How long it takes for Kratom Tea to React? 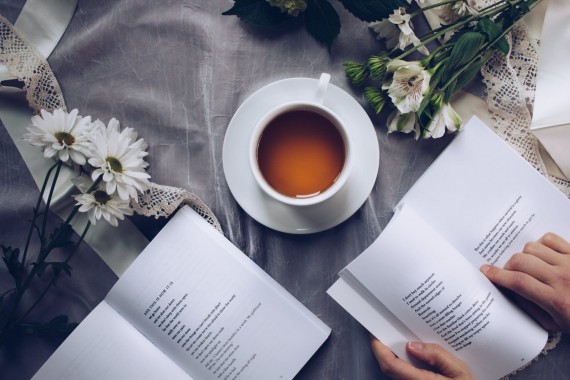 What is Kratom Tea?

Simply put, it's a tea made from brewing the leaves of kratom or kratom powder with water just like any other earthy green tea is prepared. Most people use it for its energizing effects much like coffee while others drink it for its soothing and relaxing effects depending on what kratom strain you use.

Most popular kratom strains are green, red, and white-veined. Each of them has a unique set of effects to offer. In the end, it all comes down to what you want to achieve from kratom tea and your personal preference.

In purely technical terms, kratom is legal in the United States except for 5 states - Indiana, Alabama, Wisconsin, Tennessee, and Arkansas. However, it's not regulated by the FDA. Therefore, there's no way to ascertain the purity and quality of this herb or any kratom product for that matter. Also, it's largely marketed by sellers as an alternative medicine or supplement.

This herbal supplement is sold under a variety of names in the markets. You are likely to come across products labeled as Biak-Biak, Katawn, Ketum, Cratom, Mitragynine, Thom, Thang, Mitragynine Extract, Kedemba, Maeng Da Leaf; just to name a few.

You can buy them both offline and online. Kratom is also available in a variety of forms such as powder, capsules, extract, tincture, and resin. But, powder is what you should use for brewing tea. Kratom Crazy is one of the oldest and finest platforms for buying all kinds of kratom products.

How to Make Kratom Tea, Step-by-Step

Let it be known that kratom is highly dose-dependent and also there are no dosage guidelines so initially you should start with 1-2 grams. Make sure the dose is accurate before you put it aside for making tea.

The citric acid in lemon juice should cut through the bitterness of kratom tea which is sometimes hard to stomach. As a thumb rule, you can maintain a ratio of 5:1. It means for every 3 grams of kratom, use 15 grams lemon juice. Add this to your kratom dose and wait until kratom is dissolved fully. This could take a couple of minutes.

There are no set guidelines as to how much water to boil. Generally, a cup would do good. Or as a thumb rule, go with about 200 ml of water. Bring it to boil and add it to the previously made concoction. Keep stirring the tea for around 3 minutes. Make sure kratom is mixed properly before drinking it.

This step only applies if you used leaves instead of powder. You would need a strainer to strain out all the leaves before drinking kratom tea.

Your kratom tea is now ready.

Although both are meant to finally consume kratom and enjoy its effects, the two are drastically different.

For one thing, kratom tea preparation  is a lengthy process..

Capsules, on the other hand, offer a quicker way of consumption. But, you should know that capsules generally are a lot more expensive than kratom powder. So, there's that.

There is no way to say one is better than the other. It all depends on your personal preferences and whether or not you like to enjoy it in the form of tea much like you would enjoy any hot beverage.

A mild kratom tea (depending on the type of strain used) should have mildly relaxing and energizing effects much like coffee and green tea. White veined kratom should have soothing and relaxing effects while the red-veined is best used for effects that are more on the stimulating side.

However, most users are likely to experience these effects from drinking kratom tea -

How Long It Takes for Kratom Effects to Kick-in?

It's hard to establish a concrete timeline as to how sooner or later kratom tea might start exhibiting its effects. But, on average, it's likely to fall between 30 minutes to 1 hour. In terms of how long those effects might last - it could be anywhere from four to seven hours.

However, as a noted pattern, the sensations and effects are more intense during the first two hours of onset.

The duration of effects will also vary significantly from one user to another as well as on the dose consumed.

Even a difference of 1 gram can dramatically change the profile of effects.

It's important to remember that countless factors go into the final results and range of effects of kratom tea. The taste and results can vary significantly based on the dosage, quality of kratom powder used, as well as an individual's tolerance for kratom.

The Importance of Commercial Freezers During COVID-19