What Happens After a Car Accident with No Police Report? 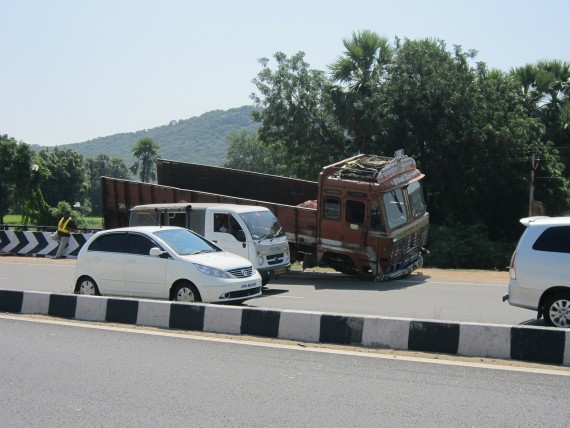 (Photo : What happens after a car accident with no police report? )

California is a strict state when it comes to handling car accident claims. This is largely because the state of California has elected to handle insurance payouts through a fault system.

A driver can be declared not at fault, partially at fault or completely at fault for causing a car accident. This in turn impacts which insurance provider is responsible for some or all of the insurance claims expenses.

Not surprisingly, there isn't an insurer on the planet that wants their driver to be named partially or complete at fault for causing a car accident. This in turn can cause claims processing delays at the insurer level as the claims adjusters duke it out to see who comes out on top.

There are some types of car accidents in California where you do not need to file a police report.

These include accidents that occur on private property, which can include your residence, other people's residences, privately owned businesses and so forth.

In fact, in each case, if you do contact the police and ask them to come to the scene and file an accident report, they will more than likely turn you down.

Some sources may tell you that you don't need to file a police report when you have been involved in a minor auto accident such as a fender bender, an experienced car accident attorney will advise you otherwise.

Here is a common example. Let's say you rear-end someone as you are both waiting in line at a traffic light. The damage is minimal to the other car's bumper - in fact, it is almost impossible to point out the point of impact. The other driver is fully insured and is good-natured about the whole thing. You are also fully insured and so you swap insurance graciously and get back in your cars and are on your way.

You don't stop to call the police and file a report because the damage is minor, everyone is okay and it seems like no big deal. So imagine your surprise the next day when your insurer informs you the other driver has opened a major claim citing whiplash and lower back pain and they are threatening to drop you from your insurance policy!

Before you know it you are involved in a major dispute and you need the help of an experienced car accident attorney to sort it out so you can move on with your life.

This is why we never advise clients to skip the step of contacting the police to come to the scene and file an official police report.

Taking the example we just cited, let's fast forward to next steps to see what happens when you are involved in a minor fender-bender for which you assume no police report is needed.

Legally speaking, in the state of California, any accident that occurs on public roadways requires a police report. So already you have a problem, because you just left the scene of the accident without filing a police report.

The unpleasant truth is, if there is no official police report in the works, when it comes to settling the insurance claims, it will literally end up being your word against the word of the other driver and their Los Angeles personal injury lawyer in determining exactly what happened.

You could each say anything and there would be no surefire way to discern the truth of what occurred. So it will be up to a judge to decide whose story is more believable.

Conversely, while the police do arrive after the fact to write up the police report, in a court of law, their word (in the form of a written accident report) is considered testimony admissible as evidence.

As well, because the police will interview everybody involved in those first critical moments after the accident, it is more likely that each individual will be truthful about what transpired. When the police are involved, it is also more likely they can get the testimony of witnesses - other drivers, pedestrians or bystanders - who can corroborate what really occurred during the accident.

Having a Police Report Can Smooth Things Over With Your Insurer

If there is one scenario insurance providers and claims adjusters truly dislike, it is an accident where there is no way to prove which driver was at fault save to take each driver at their word and battle it out from there.

When you take the time to call the police and ask them to come to the scene to write up an accident report, you show good faith to your insurance provider that you are a law-abiding driver who is making every effort to save them time and money in settling the claim.

While the presence of the police report may not make the difference between your insurer cancelling your policy and choosing to leave it in place, it can definitely help, especially if the accident is serious.

If you have been in a public car accident for which there is no police report, this is the right moment to retain the services of an experienced Los Angeles personal injury lawyer to advocate for you.

These cases can become complicated quickly and trying to resolve the accident on your own may drain your time, energy and resources faster than you can replenish them.

Unfortunately, this is especially the case in the state of California because California is a fault state. To safeguard your future insurance costs and right to drive, you will likely need an attorney's help.

If you have been involved in an accident, legal guidance is a must to keep the accident from impacting your credit, your driver license, your insurance premiums and even your right to drive.

10 Brilliant Kitchen Hacks You Must Try at Home

What Happens When Seniors Stop Caring about Cooking