3D Food Printer: Are You Still Cooking or Do You Already Print? The Future of Creative Cooking 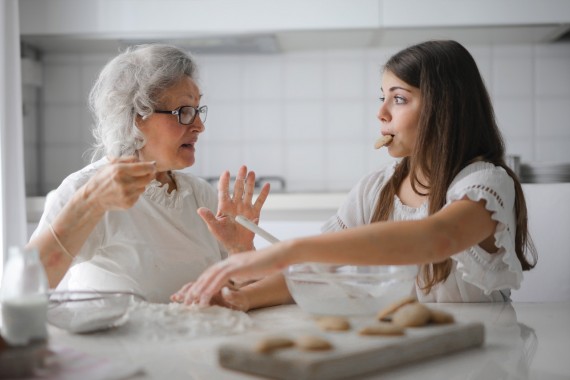 (Photo : 3D Food Printer: Are you still cooking or do you already print? The future of creative cooking)

Cooking with the 3D Food Printer. Discover the new ways towards more taste and health.

Welcome to the future. Whoever has seen the 'Replicator' from Star Trek in action dreams of owning such a food wonder. When Captain Picard asks for 'Catfish', a fried fish comes out, freshly composed of molecules. As the owner of a 3D Food Printer, you press 'Pancake' and the Culinary Printer will serve you your favourite egg dish. Welcome to the future! However, you have to make sacrifices regarding Star Trek, because the 3D Food Printer does not collect the ingredients of the omelette from the air, but assembles them from filled cartridges. The idea to eat by print instruction actually comes from outer space. Psychologists and motivation trainers from NASA were worried about the paralyzing monotony of the astronauts' food. So, they began to work on a kind of 'replicator'. The goal: Freshly-printed pizza. In 2013, the first prototype cooked in the oven. And the gastronomic world looked into the dawn of a new kitchen revolution.

Today, the 3D Food Printer has arrived in restaurants, canteen kitchens and private households all over the world. For the experimental new kitchen, it is a kind of favourite research tool. The London 3D restaurant 'FoodInk' has even been on tour with its printed gastronomy experience. In the kitchen, guests do not see cooks rattling heavy copper pans in a swirling haze. They see a machine with colour-filled tanks that end in a kind of nozzle. From this nozzle, a paste-like mass pours out, which, under millions of imperceptible movements, forms a chicken drumstick or a coloured rectangle. In theory, a 3D Food Printer works just like any other 3D printer that produces a three-dimensional structure layer by layer from materials such as metal or plastic. Instead of the plastic strands, a 3D Food Printer is filled with food. Do not try to stuff a steak or carrots into the printer. The tanks of the culinary printer are filled with chocolate, starch, sugars, pureed vegetables, pasta masses and other ingredients that are easy to squirt and shape. US scientists are currently researching the printing of meat slices by layering animal muscle cells on top of each other. Imagine you are sitting in London's FoodInk with your napkin on. You've never been so eager for a meal. But what comes on the plate has little resemblance with traditional restaurant meals. Printed food is a kind of culinary geometry, but at the same time extremely tasty and probably even healthier. The nutrient compositions are precisely programmed on the food printer. In fact, the chef's job is to program the 3D Food Printer creatively. He fills the "Food Wizard" with vitamins, carbohydrates, proteins, proteins, nutrients - in short, with everything that makes a healthy and tasty meal. The ordered menu is selected via a coding menu. One click on Start and the ingredient mass slides out of the printer nozzle, builds up layer by layer to a pâté or a mandala-shaped waffle.

Humanity is growing, humanity is ageing, resources are shrinking. 3D Food Printers could solve some of the problems in the 21st century. Today they are available in three different designs: As a 3D pizza printer, as a 3D chocolate printer and as a 3D pancake printer. The amateur considers these devices to be a technical gimmick. However, on closer inspection you can see practical uses. An example: Mr. S. is 78 years old and has been suffering from dysphagia for three years. Swallowing causes him pain. Because Mr. S. often chokes, he eats food that has been strained. Because of the monotony of this mash, Mr. S. has lost the joy of eating. Now the 3D Food Printer comes into play. It forms appetizing meals from the viscous ingredients, which Mr. S. can eat without any risk. And he prepares the food more healthily. In old people's homes, nursing homes and hospitals there is a future field of application for the high-performance food printer. Correct equipment maintenance and loading provided; the meals are prepared under unbeatable hygienic conditions. And nutrients, medicines and all kinds of additional preparations can be added to the printed ingredients. In this way, in the future it will be possible to prepare an optimally personalised healthy meal for every patient. Health-conscious athletes can link their fitness tracker to the Food Printer and have a meal printed out that is exactly in line with their calorie requirements.

A new age is dawning for the chefs of the world with the 3D Food Printer. Carina, mother of two, has encountered resistance against spinach from her kids until now - too green, too mushy, too much vegetable. Now she prints out the healthy food in dinosaur shape - the plate is empty as if by magic. Taste and aroma experts combine fascinating taste experiences by using the printer's food cartridges. Diet cooks put together personalised food in a more targeted way. Perhaps the 3D Food Printer will even solve food crises by putting the environmentally friendly protein insect into a more attractive form. This food printing is a rather thick and complex piece of fiction. And we are still in the first chapter.

3D Food Printer: Are You Still Cooking or Do You Already Print? The Future of Cr ...

These Apps Are Making Life So Much Easier!

Around The World How KFC Scales Technologies Across 22,000 Restaurants

Here Are 4 of The Best Pad Thai Restaurants in Bangkok

5 Delicious Ways to Cook Beans and Make Them Super Appetizing