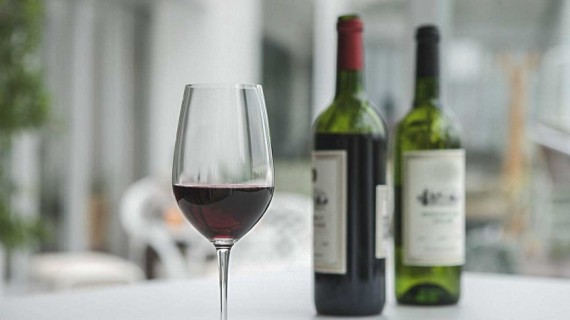 Anyone who knows anything about wine will particularly enjoy a bottle of Bordeaux, whenever the occasion rises. It is still the most popular wine in the world today, even with the rise of many countries in the field of winemaking, throughout the last two decades. There are many reasons why they are not only the top French wines but at an international level as well. Let's take a closer look at what differentiates them.

The Number One Reason: Its Taste

If you close your eyes and you let some Bordeaux wine roll around in your mouth, you will immediately recognize its origin. That's how powerful and unique the tastes of the wines produced in this region are. Keep in mind that there are more than 7,000 winemakers and up to 10,000 different Bordeaux wines, but there is something that distinguishes its taste for the connoisseurs.

To find the right bottle of Bordeaux, you can visit an e-boutique like Millesima. They are a family-owned company, based in the Bordeaux region, who have extensive knowledge of the wineries that put together the most exquisite wines. There you will be able to select the perfect bottle for all occasions.

A Large Territory with Different Characteristics

The Bordeaux region, where they grow the vines, is simply massive. It is made out of more than 120,000 hectares, which includes sixty different appellations. You can break down the different tastes of the region in six categories: the younger versus the older Bordeaux wines, the blends dominated by the Cabernet Sauvignon grapes and the ones by the Merlot and for the white wines, the dryer Bordeaux versus the sweeter ones.

The red Bordeaux, based mostly on the Cabernet Sauvignon, are probably the best known wines around the world. They are produced on the left bank while the Merlots are produced on the right one. It is also home to some of the most famous white dry Bordeaux wines. One of its most famous is also produced on that side. The Sauternes is considered by many around the world to be a notch above any other sweet wine, no matter which country and region they come from. It is made from grapes that are left longer in the vineyard, which ends-up augmenting the sugar level. To enjoy the Sauternes with a French "foie gras" is simply divine.

Wine lovers around the world often associate the Bordeaux region to Médoc. The wines produced in this particular zone are all blends, made primarily out of Cabernet Sauvignon. They also incorporate other grapes which include Merlot, Petit Verdot, Cabernet Franc and Malbec.

Even when they are still young, they tend to be a deep red color, going from ruby all the way to almost black sometimes. They bring with them fruit scents and a multitude of flavours, which the most popular are: cassis, blackberry, dark cherry, vanilla, black cherry, coffee bean, spice and licorice.