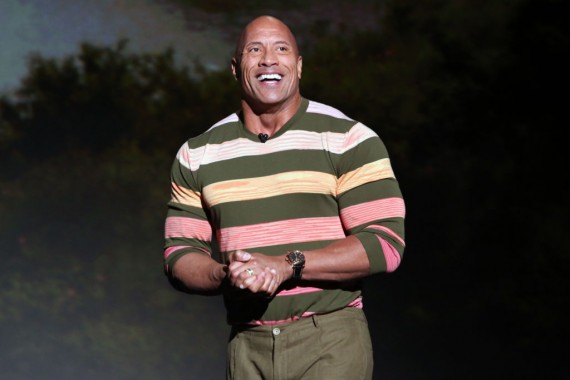 Dwayne "The Rock" Johnson probably has one of the most covetable bodies among gym buffs. He did not get it by sitting around or just showing off at the gym though. Not only does he work hard at the gym, he makes sure his post-workout routine is just as beneficial to his physique.

The COVID-19 pandemic has not even stopped him from regularly posting updates from his home gym on his Instagram.

His regular posting makes his fans privy to how epic his workouts are. He also occasionally posts motivational words for his fans struggling to get into the fitness level and shape they want. The Rock definitely knows that working out is not the key to having a fit body - nutrition, or the food people intake, is.

This is why after his intense workouts, he makes sure to get the nutrition his body needs by downing a protein shake packed with all the vitamins his body needs to recover fast from the workout and prepare him for more.

The Rock has been training so much more intensively than ever as he prepares for DC's "Black Adam." Recently, he generously shared the recipe of the protein shake he swore by, which he says he takes before his post-workout meal.

"I've been training for Black Adam for months and months and months now," Johnson says in the video. "We're almost at the goal line, it's almost game time, as we start shooting in April, so we're really dialling it in in terms of the diet and the conditioning."

Apart from sharing the recipe, he revealed why it is such a good thing to wolf down carbs and protein, as well as sugar, after a workout. Usually, people think carbs/sugar/protein should be avoided altogether to get into great shape, but the Rock wants to clarify that misconception.

"Don't overlook the importance of getting in your protein/carb/sugar immediately after your workout," he shares. "It's that critical time where your muscles will optimally absorb these nutrients after you've torn the muscles down from your workout."

The Rock's protein shake is not that hard to copy. Hopefully, it gives everyone who will consume it the optimal benefits it was able to afford the actor.

According to the Rock's post, the ingredients of his post-workout shake of choice are below:

All of these just have to be blended, and voila! - Rock's favorite protein shake.

He added that after he had this shake, he eats his second to the last meal of the day, which he shares consists of usually chicken breast and greens.

Back in December 2020, the Rock already showed off his crazy "Black Adam" muscles, which Cinema Blend described as "so impressive, even for the Rock." It seems the work is not yet done, considering how hard he is still working out and watching what he eats.

Healthy Ramadan Recipes You Can Make For Suhoor and Iftar