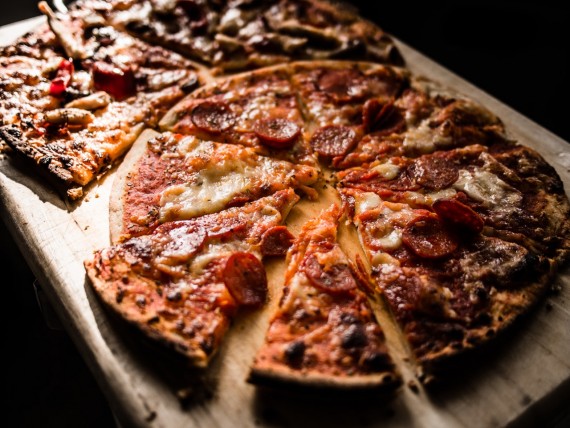 The creation of what we now know as pizza and love started in Italy. The core contents of pizza are dough, toppings, and sauce. As simple as this dish is, there are hundreds of variations of it, and it is the basis for a very healthy and profitable industry worldwide.

This article discusses some of the types of pizza, including their history and everything you need to know about them.

This is the original pizza to be made in Naples, Italy, and dates back to the 18th century. It came at a time when the poor citizens of the city had to settle for quick and cheap food. Luckily, there was Neapolitan pizza available and affordable for them with numerous vendors on the streets.

The toppings used for this pizza are usually tomatoes, fresh mozzarella, basil leaves, olive oil, and oregano. There can't be too many toppings on this pizza because it's thin and can't handle too much weight.

There are three different variations of the Neapolitan pizza:

This is one of the most famous pizza types in the USA. It has a crispy outer crust, and the slices are large and foldable. It started as one of the variations of the Neapolitan Pizza. However, the New York Style Pizza now enjoys its fame for its unique flavor, which many people attribute to the tap water supply in New York and the minerals in it.

The toppings traditionally on the New York-style pizza includes mozzarella cheese and tomato sauce. However, unlike the Neapolitan counterpart, it can take a lot of other toppings, which include pepperoni, sausage, anchovies, and mushroom. Although you can add any type of toppings to this pizza type, the most common ones used are condiments such as garlic powder, Parmesan cheese, red pepper flakes, and oregano.

The Chicago pizza, or deep-dish pizza as many people call it, got its name from the city where it was first created. At the start of the 1900s, some Italian immigrants wanted a taste of their beloved Neapolitan pizza in the windy city. This led Ike Sewell to create this variation. Rather than recreate the Neapolitan pizza or something similar, he created a type of pizza with raised edges and a thick crust. The ingredients include slices of mozzarella, which lined the dough, then vegetables, meat, and crushed tomatoes. This creation was also the genesis of the Pizzeria Uno, which is now a famous chain restaurant.

The traditional toppings for the Chicago pizza include sausage, ground beef, onion, pepperoni, green peppers, mushrooms, and tomato sauce. You can also find some people adding Parmesan cheese to theirs.

This pizza was created in the 1980s, and it uses local, fresh, and seasonal produce, like many other Californian cuisines. The thin crust makes it appear similar to the Neapolitan pizza, but it uses uncommon ingredients.

The toppings used on the Californian pizza can vary, but traditionally it includes goat's cheese, smoked salmon, baby vegetables, tomatoes, red onions, BBQ chicken, and pepperoni. You can also find novel combinations that include gourmet picks.

This pizza type was introduced to America by immigrants from Sicily, and after World War 2, it became very popular in the USA. The Sicilian pizza is also called the Sfincione. It is a square-shaped pizza with a crunchy crust, pillowy dough, and a strong tomato sauce concentration. You can serve this pizza type with cheese and or without cheese under the sauce so that the pie doesn't become soggy.

The traditional toppings added to the Sicilian pizza are onions, herbs, anchovies, and some tomatoes.

This pizza type is similar to the Sicilian pizza because of the square shape. It has a deep-dish crust, which is mostly baked with an oiled pan so that it develops caramelized crunchy edges.

The Detroit pizza was initially baked using spare industrial trays from factories in Detroit. This is how it got its shape and depth. The bottom crust is usually crispy, and they often use butter to brush it before baking.

Some of the traditional toppings added to the Detroit pizza include tomato sauce, cheese, mushrooms, and pepperoni. The marinara sauce is usually served on top as well.

Pizza is a very famous dish with a booming worldwide industry. However, there are different types of pizza. This article explains a few of the numerous pizza types.