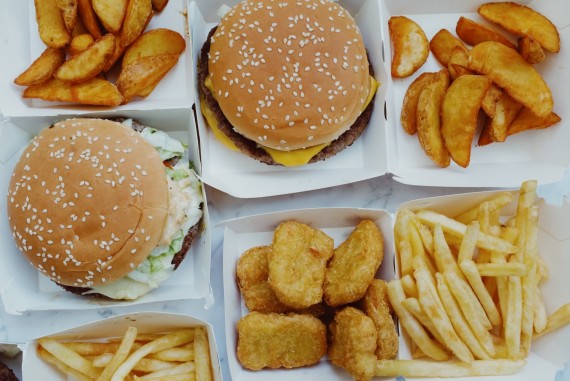 Chicken nuggets.
(Photo : Photo by ready made from Pexels)

Wendy's is offering customers who will order their favorites through the app a whopping 10-piece order of chicken nuggets for free. This promo ends on March 14. So fans should now go and check out how to order through the restaurant's app.

Wendy's Chicken Nuggets: How to Get for Free

Wendy's app users have many more other perks to enjoy apart from this promo. The app's offer section has many more other fun promos and discounted food items that everyone can occasionally check out.

These deals usually have one redemption per user/account, but this is only sensical.

Wendy's chicken nuggets are one of the favorites on the fast food chain's menu. They are known to have an impeccable quality, made only of 100 percent white-meat chicken breaded up and crispy fried until they turn into that beautiful golden brown color.

Chicken nuggets are now somehow a staple in many fast food restaurants, and Wendy's version has always figured into many lists of "best chicken nuggets." In an article just this year by Eat This, Not That!, Wendy's chicken nuggets made it to the Top 3.

Wendy's Chicken Nuggets Have Been a Favorite for Years

One taster even gave the verdict that Wendy's nuggets offer the "perfect crunch on the outside and a nice, juicy filling." The article even noted that Wendy's chicken nuggets are considered better than McDonald's and Burger King because pepper flecks are more visible, and the breading tastes fresher.

READ MORE: Get the Best Food Processor by Asking These 4 Questions

They were also described as "the definition of crispy." Most of the commenters wanted Wendy's chicken nuggets because after wolfing them down, they do not feel the usual guilt associated with eating too much grease.

They do not feel greasy all over and regretting why they even thought of eating all those nuggets, no matter how delicious they were.

Meanwhile, Wendy's is not all about chicken nuggets. It does have a range of menu items that people love as well. Last year, they expanded to have a breakfast menu, and the reception was very positive.

It is said to be a money-making machine for Wendy's, even though the pandemic has affected most restaurants' sales. This expansion will continue this year.

"We believe that breakfast has been and will be transformative to our overall restaurant economic model, giving us fuel for growth into the future," CEO Todd Penegor said.

READ ALSO: Fast Food Prices To Be as High as Fine Dining?