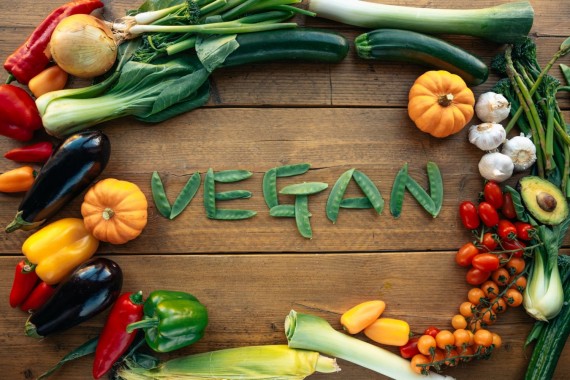 Going vegan might sounds like the healthiest option today but a new study shows that it also has its risks. Not eating enough meat and protein can also lead to some negative consequences.

According to a new study by the German Federal Institute for Risk Asssessment,  going vegan can have serious consequences on one's bone health. The research studied a total of 72 people -- half of which are vegans, and the rest are following a mixed-food diet,

The research conducted an ultrasound measurement of the heel bone and found that on average, those who are adherent to a vegan diet have lower ultrasound values compared to the non-vegans. This just means their eating choices have affected their bone health.

Of the 28 indicators of a person's nutritonal status and bone metabolism, the researchers claimed it was possible to identify 12 biomarkers that are considered strongly linked to a person's bone health. Some of these 12 are amino acid lysine, vitamin A, and vitamin B6.

Going Vegan Has Many Risks

Results showed that for majority of the vegans, the combinations of these biomarkers were quite low. The researchers claimed that this is one possible explanation for their assessed poorer bone health.

Vegan diets are, no doubt, rich in many nutrients. Because they are low in saturated fat and cholesterol, they can lead to lower risks of cardiovascular diseases, among other benefits. They are also higher in dietary fiber. But at the same time, going vegan meant forgoing many nutrients too.

This is not the first study to show a vegan diet has its risks, but it may be one of the few to show scientific evidence that links going vegan with poorer bone health. In the past, though, there were health experts who warned that alienating certain food groups in order to live a strict vegan lifestyle may mean rejecting certain important vitamins and minerals that can be sourced from non-vegan foods.

According to the Insider, some health experts claimed that following a vegan diet might mean not consuming enough iron, zinc, vitamin D, calcium, and omega-3 fatty acids. There are ways to replace these elements through vegan supplements and the like that are meant for those wanting to live this clean lifestyle, but supplements can be expensive and sometimes easy-to-forget.

Experts also warned that those in a vegan diet can also risk developing a Vitamin-B12 deficiency, found to sometimes cause irreversible neurological damages.

Following a vegan diet can sometimes be unsustainable, because it is a tough lifestyle to live, especially when one is not born with a tongue that has a penchant for greens only. But these studies and warnings show that going vegan can be dangerous too, so it must be adhered to with caution and adequate consultation.