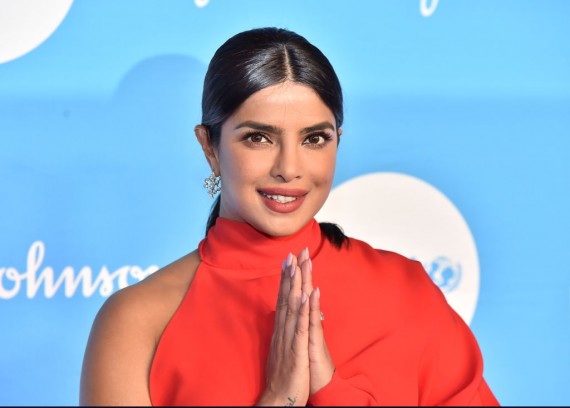 Priyanka Chopra is not just an accomplished actress, author, actress, and producer, but she is also a budding entrepreneur... or more specifically, restaurateur. Nick Jonas' wife just announced that she is about to open an Indian restaurant called SONA. It's located in the city that never sleeps, New York. That is one mean feat.

The actress, who also recently just introduced her new hair care line, interestingly called Anomaly, took to her Twitter to announce this new achievement in her life. She posted several pictures of her new baby and some images of an intimate prayer ceremony conducted way back in 2019 to bless the place where she was going to launch the new business. She, Nick Jonas, and mother Madhu Chopra were the ones who conducted the prayer ceremony.

In a series of tweets, she described what the restaurant will be all about and why it was set up in the first place. She also invited fans to the restaurant, which she said will open later this month.

She also announced that the renowned chef Hari Nayak will be the head chef of her restaurant.

"I'm thrilled to present to you SONA, a new restaurant in NYC that I poured my love for Indian food into. SONA is the very embodiment of timeless India and the flavours I grew up with. The kitchen is helmed by the incredible Chef Hari Nayak, a masterful talent, who has created the most delicious and innovative menu, taking you on a food journey through my amazing country," one of the tweets read.

The actress never hid how much she revered her Indian roots and she makes sure to project her Indian identity in all that she did and does. Her recent memoir is hailed as a very important book to read by immigrants, especially Indian immigrants.

In the book, entitled "Unfinished," she detailed her very conservative upbringing, yet fun childhood. She was one of the most highly sought after girls when she was young, and her father sometimes even had to resort to something drastic to keep these boys away.

She also revealed that her famous "namaste" pose during red carpet events originated from the need to keep the strap of her dress from falling down. But it stuck, and everyone just assumed she is paying respects to her culture and identity.

Her recent hair care line also paid homage to her racial roots. Speaking with InStyle, she said all the products contain the ingredients that Indians grow, love and swore by, such as eucalyptus, charcoal, and rosemary.

She said people in India definitely use a myriad of plants to attain their natural beauty. She said she used a lot of natural ingredients on this line to make sure the hair will be nourished organically. "It was very crucial to me to incorporate the natural elements that nature has provided us," she said.

The Bollywood star said she used her vast knowledge on hair care to come up with a line that would satisfy her fans.