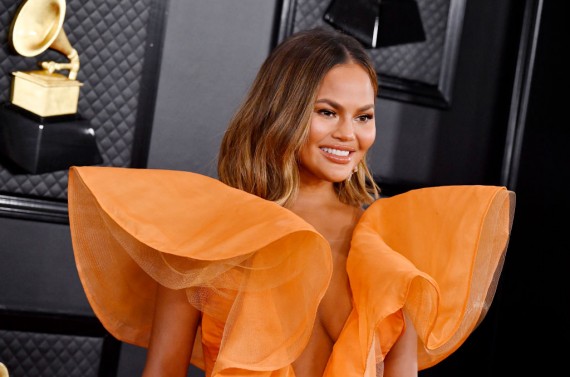 Chrissy Teigen has never been the one to keep things to herself. She's very generous with her fans on her social media, whether it's the good or the bad things that are happening to her life. This is why she has built credibility like no other former model. What she sells, what she recommends, or what she launches - people are all ears.

However, the credibility of the "Cravings" author is now being questioned after fans discovered that her product may have contained possibly toxic ingredients.

On March 5, Teigen announced the launching of her Cravings Popcorn Seasoning Spice Kit. In each kit, there's a bottle of white gold popcorn kernels as well as a spice mix. Her spice mixes come in various flavors, all promising to make popcorn time more colorful and tastier.

Her Instagram post shows what these flavors of spice mixes are. Teigen appears to have taken the time to make the packaging of each mix elaborately chic and sophisticated.

Naturally, friends and fans were excited about the news and could not wait to get their hands on a kit.

Co-entertainment personality Brooklyn Decker claims her kids are "fully obsessed" with the flavorings while TV host Bobby Berk commenting that he is so making an order immediately.

But not all were too excited that they failed to notice some of the ingredients in Teigen's new line can be quite poisonous, or at least unhealthy.

Some were upset about the use of certain dyes in the Birthday Cake Sprinkles recipe. An Instagram follower commented they truly love what the model does but are disappointed in the ingredients listed, particularly those that are for the birthday cakes like blue 1, blue 2, red 3, red 40, yellow 5, yellow 6 because "they are all known to be potential carcinogens."

By now, many would have seen the comment and tried to investigate these ingredients on their own. According to Eat This, there is actual research supporting what the commenter said.

A study published in 2013 showed that some of the ingredients in Teigen's spices could be contaminated with cancer-causing benzidine, among others.

One saving grace is that all the aforementioned dyes used in Teigen's spices are FDA-approved. However, FDA once already said that there is no substance that is 100% safe, including dyes.

Prior to the launching of her spice kits, she relaunched her Cravings website to the happiness of her fans. The site is the best for getting tips and recipes from Teigen herself.

Teigen is yet to react to these allegations about the toxicity of the ingredients found in her Cravings Popcorn Seasoning spice kits.