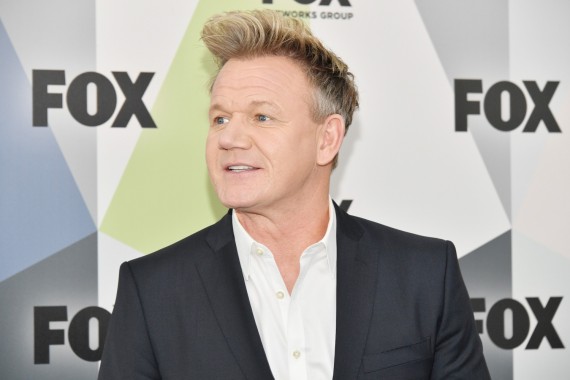 Gordon Ramsay is known as one of the celebrated chefs today and a harsh critic of others' cooking. This means his standards are really high in the food and beverages department, and it is only apt that he has come up with his very own wine brand.

The wines are called Gordon Ramsay Signature Wines. The famous chef crafted the wines in collaboration with winemaker and Master Sommelier Chris Miller at Seabold Cellars located in Monterey, California. It was also there where the wines are produced.

Interested people in different parts of the nation can only purchase these wines one way - by going online and ordering them through GordonRamsay.wine.

The wines launched today come in eight flavors, including Monterey, particularly a 2019 Rosé; a 2019 Sauvignon Blanc; a 2018 Chardonnay; and a 2018 Pinot Noir.

Their prices vary, with the Rose priced the cheapest at $20. The Sauvignon Blanc is at $25, while the Chardonnay is set at $30. The Pinot Noir is the most expensive of the four at $35.

READ MORE: 3 Benefits to Eating Raisins You Might Not Know About

The fifth flavor is a 2018 Chardonnay Reserve from Sonoma County, with a price tag of $45. The rest are three 2018 Cabernet Sauvignons. One is from California, which is the cheapest at $28. The second is from Santa Cruz Mountains, priced at $45, and the last is from a Reserve from Napa. The price is a little steep at $60.

Fans can also buy bottles in three seasonal shipments as part of The Ramsay Wine Club. To be a member of the so-called club means enjoying additional discounts and other perks.

In an email to Food and Wine, Ramsay revealed what made him inspired to come up with his own line of wines.

According to him, the passionate winemakers in California's cooler climate regions inspired him. These winemakers were making so many tasty and balanced wines, which Ramsay witnessed firsthand when he was there. He said he is convinced that Californian wines are among the bests in the world.

He specifically mentioned Christopher Miller as the master winemaker, so it was a delight to work with him. He revealed that these wines up until now were just available to his restaurant patrons. Now, with their availability online, many can enjoy his wines.

This is just one of the expansions the chef has made lately. Back in December, he announced that he was also releasing his own line of hard seltzers. The brand name is uniquely him since it's called Hell's Seltzer.

Allegedly, the Hell's Hard Seltzers will have four flavors. Each of them has an interesting name that matched the theme of hell.

The first is Berry Inferno, which is a mix of peach, blueberry, and raspberry. The second is Knicker Twist, which is made of passionfruit, pineapple, and orange. Mean Green is reportedly a mix of kiwi, lime, mint, and pineapple. The last one, That's Forked, is made of Key Lime, vanilla, and graham.