Here are 5 Best Veggie Burgers in PH, According to PETA 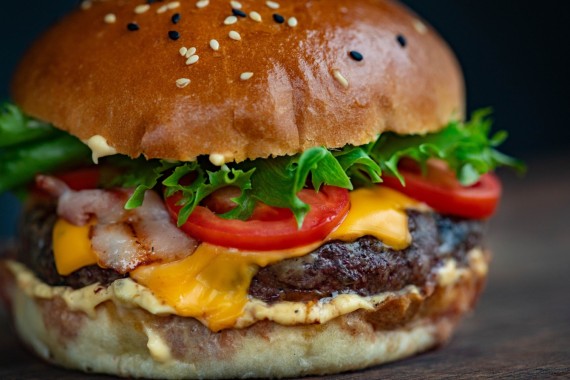 Even though the vegan lifestyle has started in developed countries first, Asian countries, includng the Philippines, have caught up. More and more people can no longer stomach the idea of eating beef anymore, if it means cows getting killed just for the people's burgers.

Below are the tastiest veggie burgers in the Philippines worth at least a try. What makes this list so interesting is that it is made by the organization PETA Asia itself (there are 10 from the original list), which means these are 100% legit veggie burgers.

Wild Thing Bacun Cheeseburger from Green Bar, Makati City. If you want the perfect alternative to Wendy's baconator (if you are transitioning from a meat eater and lover, that is), this is it.

The burger is made of the restaurant's very own seitan and jackfruit patty, topped with "bacun" strips and onion rings. Because it cannot be a cheeseburger without the cheese, the burger is also stuffed with heaps of mozzarella cheese, lettuce and choptle mayo. The bun its slightly toasted for that crunchier taste. One bite and you'll know you can live without meat after all.

If you rather go to a restaurant that serves both vegan and non-vegan dishes, then Shakey's is it. If you are dining with someone who refuses to lay off meat, then this is the perfect place to dine. Your companion can order his or her usual, while you can try Shakey's vegan offering, which is the Goood Burger.

This burger features a so-called unMeat patty topped with all the trimmings of a usual burger and vegan deressing. The company did not scrimp on lettuce here, which is why it is all but natural to be a PETA-approved burger. Shakey's is everywhere around the country, so this Goood burger is quite accessible.

If what is holding you back from being a vegan is the idea that you might have deficiency in protein, then you can hop over to But Better's and order its Loaded Protein Burger. This burger has none of the meat you want to avoid, but all the protein you want. It's served with melted vegan cheese, mushroms, and many more PETA-approved trimmings.

Vegans are unlikely to be the ones who hate pizzas with pineapples. That said, they are probably those who want  pineapples in their burgers, too. If you are one of them, then you can try Shaka's Sloppy Jose.

Its burger features a beet patty that is topped with fresh pineapple carameralized and many more trimmings, including, but not limited to, green chili, jalapeno salad, and vegan cheese sauce.

Three Guys and a Grill, Makati City - "The Woke Burger

Another restaurant worth checking out for its veggie burger is Three Guys and a Grill.

The restaurant's The Woke Burger features a black bean patty topped with vegan mayo and many more vegan-suited trimmings.