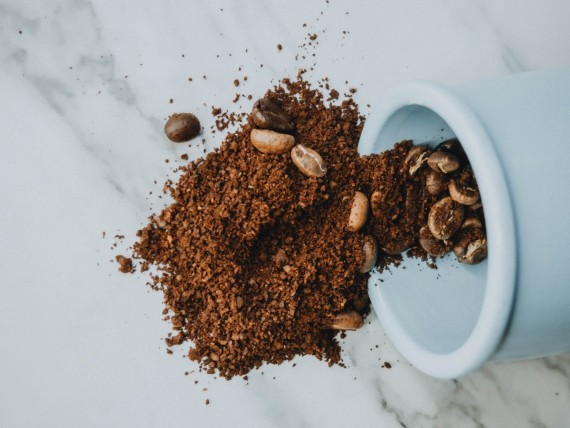 Everybody knows that drinking tremendous amount of coffee can be bad, particularly for the heart, because of the caffeine. But that is just about it, and not that even scary, because you can moderate the number of cups of coffee you have in a day anyway. New report had it, though, that there is one very gross thing about coffee and people might not know it.

This is according to Dr. Karan Rajan, MRCS, MBBS, BSc, who is a London-based surgeon and lecturer, who also happens to have a TikTok account where he talks about interesting medical and scientific stuff. One interesting post had him claiming coffees contain cockroaches!

"Just so you know: if you drink coffee, you're also consuming cockroaches," he said in the TikTok video. "Pre-ground coffee, like you get in most stores, contains ground-up cockroaches." Given what he is implying, it is all but natural to see the video going viral, as people repeatedly shared it.

READ MORE: Top 3 Multi-Purpose Air Fryers That Let You Do More Than Just Fry With No Oil

He added that a certain percentage of coffee beans can be easily infected with cockroaches and other small insects. However, even if coffee companies are trying to process these bugs out, it cannot be done completely. As a result, the bugs can just get roasted and then ground up with the coffee beans. Even if the food authorities find out, Rajan said that most of them have long allowed a particular percentage of bug parts in people's food.

Acording to this TikTok user, the only thing people can really do is just to avoid pre-ground coffee, especially if they are allergic to this.

The doctor is not the first person who said cockroaches can be found in coffee.

In 2009, Douglas Emlen, Ph.D., an entomologist and biology professor at the University of Montana, told NPR the same thing. He said what Dr. Rajan is saying now, that coffee beans can get so infested with cockroaches that companies cannot really get each one out. He also said that the U. S. FDA does allow bugs in food products, with care.

According to Snopes, regulations established by the U.S. Food and Drug Administration (FDA) put a maximum level of "natural or unavoidable defects that present no health hazards for humans." So as long as the coffees are not reaching these levels, then they are fine, even if it meant people ending up drinking some bugs.

Snopes claimed, though, that there remains no recorded instances of cockroach traces found in ground coffee.

Even since Dr. Rajan made the revelation on TikTok, what he said already shocked and scared many. The viral post garnered hundreds and thousands of comments, majority of whom are claiming they would have preferred not to know about this link between coffee and cockroaches.