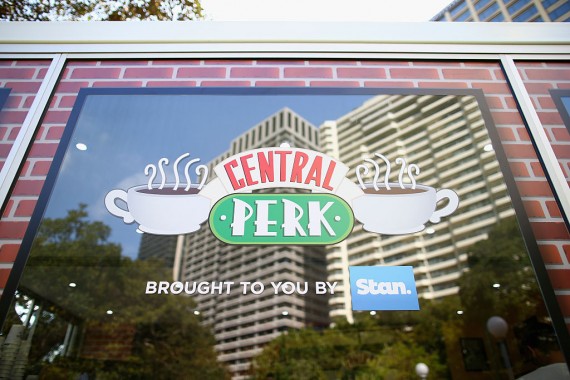 "Friends" fans rejoice. If you once wished that you can have something tangible off the beloved show, then this is it. There's actually an ice cream that is inspired by the NBC sitcom and it comes in a rare coffee flavor. How cool and sweet is that?

According to Radio.com, Serendipity Brands is launching a brand-new ice cream inspired by one of the most-loved sitcoms to date.

Even the show has been canceled for years, people remain familiar with most of the scenes there and just refuse to let the show die off.

With the "Friends" inspired ice cream, the show's memory will continue on and on.

Not only it is coffee-flavored, but the ice cream reportedly had a name that no doubt alluded to the show.

It will be named after the show's iconic coffee shop, which is the "Central Perk."

The Central Perk Almond Fudge flavor can be purchased on select stores and online now. The company described the ice cream as "decadent chocolate covered almonds and fudge swirls" that "create a mouthwatering mocha almond fudge ice cream." It is chocolate but coffee, in other words.

People who are interested can tap on a great deal presently being offered - buy six pints, get one free.

Since the "Friends" reunion is coming up, it's wise to stock up on the flavor. It would be fun watching "Friends" and eating "Friends" ice cream.

The reunion has already been delayed due to the coronavirus pandemic. So once it truly happens, the experience can be elevated by eating the Central Perk Almond Fudge.

In November, the special has been rescheduled to start taping in March 2021.

'Friends' Ice Cream is 'Nostalgia in a Pint!'

The President and COO of Serendipity Brands, Sal Pesce issued a statement about the product. He explained why among all the nice shows out there that garnered a following, they had chosen "Friends" to make an ice cream flavor.

"Friends is a pop culture classic that we couldn't be more thrilled to create a special flavor for!," he said.

He added that the Central Perk Almond Fudge flavor can be described as a "nostalgia in a pint" that could make true-blue "Friends" fans eat ice cream with friends at an actual coffee shop.

What's nice about this new ice cream in town is that it is not even a limited edition, which can just vanish in time.

Instead, the statement described it as being a permanent fixture in the lineup.

This "Friends" inspired flavor is the result of Serendipity's partnership with Warner Bros. Consumer Products.
The partnership will not stop here though. They will still release three new additional flavors throughout the year inspired by well-loved movies.

These are "The Goonies," "CaddyShack," and "A Christmas Story." Unlike the Central Perk Almond Fudge, these three will only be "limited-time releases."

The prices of the ice cream flavors are quite reasonable.

All flavors will be sold between $5.99 and $7.99 in supermarkets and other retailers nationwide.