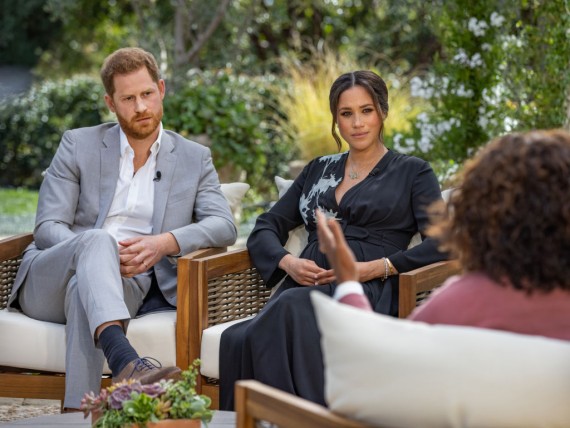 The Meghan Markle effect now extends to yogurt shops. After her controversial tell-all with Oprah Winfrey, where the former royalty explained what she went through when she was still under the care of the royal family, people now have more sympathy for her.

This is why, when Meghan Markle talked about her humble beginnings and shared that she once worked for a frozen yogurt shop called Humphrey Yogart, the shop saw a massive boost in its sales. This indicates people's support for Markle.

Among all the things Markle told Winfrey - including how Baby Archie was technically and allegedly discriminated against even while just an infant, one information that got stuck in viewers' minds is that Markle knew the value of work since she was a mere teenager. Where she worked also made an impression on them, so much so that they are willing to try out the place and boost its sales.

"I've been a waitress, an actress, a princess, a duchess. I've always just still been Meghan," Markle told Winfrey. "Thank God I had that life experience. Thank God I had known the value of working. My first job was when I was 13 at a frozen yogurt shop called Humphrey Yogart."

With this name-check, the business at the Sherman Oaks, California-based store, located inside another store, a Gelson's supermarket in the San Fernando Valley neighborhood, saw a massive increase in its sales. A check on social media sites would show why. It appears that many liked the idea that Markle has worked so young.

READ MORE: Top 3 Multi-Purpose Air Fryers That Let You Do More Than Just Fry With No Oil

"I don't know about anyone else but I very much enjoyed learning that Meghan Markle once worked in a yogurt shop called Humphrey Yogart," one viewer wrote on Twitter.

Some got excited reminiscing how they used to go to this yogurt house, and claimed they could have been served by Markle herself.

According to the Los Angeles Times, even though this is not exactly the location of the shop where Meghan Markle, the name drop certainly led to higher sales.

Interestingly, the company has not made any move to capitalize on the fact that they used to employ Meghan Markle. One cannot remember it creating any sort of tribute to the former "Suits" actress when it became a royal. Or, even when she became a sought-after actress.

Duchess Meghan's name isn't mentioned anywhere at the store or on the website, which is quite rare for businesses that would usually do everything for additional press.

According to Food and Wine, however, customers who insist they want something that was created to tribute Meghan and Harry, can certainly order a banana, chocolate chip, and peanut butter treat reportedly inspired by the royals and their favorite flavors.