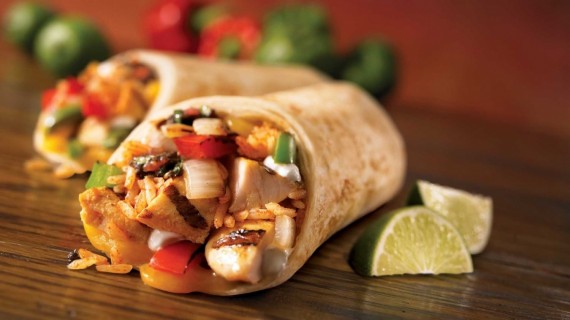 Taco Bell surely packs tons of surprises for their patrons this 2021. After a crazy 2020, the chain is making sure fans who have stayed on to support the business will be given the due care and love they deserve. The past week had seen Taco Bell doing everything it can to make its customers feel valued.

The chain brought back the once-raved about spicy potatoes and offered a new beverage that had a good reception - the Wild Strawberry Lemonade Freeze.

An old fan-favorite, the Quesalupa also returned for a limited time. For what it's worth, Taco Bell certainly ramped up people's excitement in just a week. It shows no sign of stopping. According to a new report, the company is now testing out new $1 items that will have mind-blowing taste at a very affordable price point. It's exactly what people need in the middle of a still ongoing pandemic, and income is questionable.

The $1 menu items that Taco Bell is planning are nothing to be scoffed at. Rather, the company is testing out spicy tacos and primo burritos - two items that one would not necessarily expect can only be $1 each. The test is already running in select markets. The tacos are reportedly hitting Columbus, OH, while the burritos are already going to Kansas City, MO.

Spicy tacos will be loaded with seasoned beef, lettuce, cheddar cheese, and any bold, spicy sauce of the customer's preference, as reported by Delish.

These will be wrapped in warm flour vanilla. Customers are unlikely to have difficulty affording this; instead, what they might have difficulty with is choosing among three spicy sauces - the mild jalapeno, the medium chipotle, and white hot ranch. It all boils down to what your comfortable spice level is. The mild and medium sauces do not need an explanation, but for those who do not know, white hot ranch is the hottest flavor and is made with ghost chili peppers. The flavor is moderated a bit with creamy buttermilk.

On the other hand, the Primo Burritos will reportedly have two flavors - the Loaded Taco Primo Burrito and the Chicken Enchilada Primo Burrito. The first one is a flour tortilla loaded with seasoned beef, lettuce, cheddar cheese, and then some house special reduced sour cream and red strips.

The Chicken Enchilada is also a flour tortilla loaded with white meat chicken, cheddar cheese, seasoned rice, house special reduced fat sour cream, and of course, enchilada sauce. The Loaded Taco Primo Burrito, for all of its contents and ingredients, is certainly a good deal for $1. The Chicken Enchilada Primo Burrito will be a bit higher than $1, though, and will be priced at $1.49.

These are not only the $1 options. In Portland, OR, Taco Bell is testing out some stacked bowls in two flavors. The company is offering a Grilled Cheese Stacker in Houston as well, while for their Cleveland, OH fans, Taco Bell has Chicken Enchilada Grilled Cheese Burrito being tested for reception.

Portland fans can go a bit crazy choosing among the different Stacked Bowl flavors. They come in beef taco, avocado ranch chicken, and steak melt varieties. Commonly, they all have a blend of lettuce and crunchy purple cabbage.

Meanwhile, the Grilled Cheese Stacked is a flour tortilla loaded with seasoned beef all sorts of cheese. It particularly has a three-cheese blend and nacho cheese sauce folded into Taco Bell's signature stacker tri-fold and topped again with grilled cheese - making it the cheesiest new offering.

But then, despite these localized testing, nationwide patrons need not fret. Taco Bell has a reputation of testing out new items in specific areas but eventually launching the items across the country, especially if the testing went well.

READ MORE: Try These 3 New Lumpia Recipes With a Twist