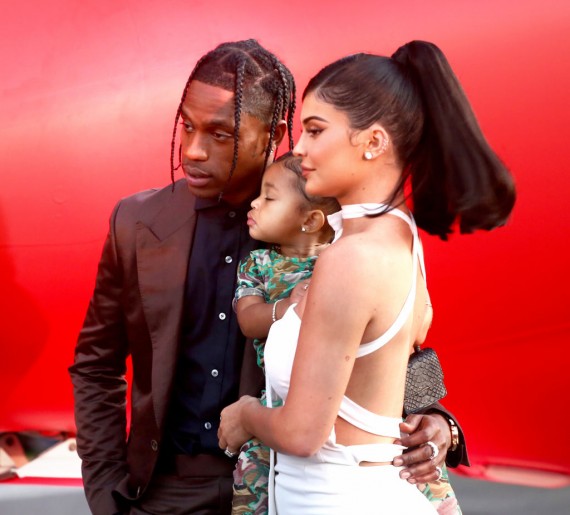 A report claims Kylie Jenner is feeding her child, Stormi, junk food first thing in the morning. Could this be true?

While Kylie has the propensity to give all that Stormi wants and needs, could she be spoiling her by letting her eat junk food as breakfast?

Health experts would argue that nobody should be eating junk food for breakfast, let alone a young child of 3. However, an upcoming March 22 issue of the Life and Style magazine asserted that Kylie Jenner is doing just that to Stormi, who's 3. According to the report, the information came from a nanny who was at Kylie Jenner's employ.

The magazine alleged that it was able to spoke to multiple celebrity nannies who revealed some secrets of their bosses, and one of them reportedly said because Stormi loves junk food, Kylie cannot help but give in to her. The nanny even reportedly said that it is a daily struggle to get Stormi to eat a healthy and nutritious breakfast.

The source said that it was surprising to see because Stormi, in general, is a well-behaved kid. Everyone knows from Kylie's posts on her Instagram that Stormi is growing up to be a fine little girl who is cute and adorable. Kylie's videos of her so far have been showing her as a child with a good temperament and a loving heart.

ALSO READ: 3 Vision-Improving Foods You Might Not Be Eating Enough Of

However, according to the insider, it was surprising to note that not only is Stormi's bedtime routine all over the place, her breakfast also is not admirable because of the sheer amount of junk.

The nannies will allegedly cook a lot of healthy foods for breakfast, but someone from Kylie's posse would allegedly attract young Stormi with a sugary food - doughnut, chocolate cereal, and whatnot. Naturally, Stormi would no longer eat all the healthy food prepared and let all of these go to waste because she would choose the sugary stuff being offered.

Kylie Jenner is yet to give the report some time of the day and address it. It remains to be seen if she would.

However, if fans were to check Kylie's IG posts, then it would not be too hard to assume the report is not true or at least not completely accurate.

Back in 2020, right in the middle of the lockdown because of the pandemic, Stormi Webster and her mother went viral when Kylie filmed Stormi taking part in the "Patience" or "Candy" challenge. Most moms would know what this challenge is about and how many children failed to pass it. However, Stormi aced it like a champ.

In this challenge, the adult, usually the mom, leaves a bowl full of candy with a child. The mom will tell the child that he or she can have some after she returns. This is to test if the child can resist the temptation of candies (or other favorite items) and be patient.

Kylie did this exactly to Stormi. Just 2 at the time, Stormi certainly made her mom proud by resisting the pull of the candies. She even gave herself a little pep talk so she would not get some candies while her mom was still away, uttering/singing "patience is a virtue" in a very cute way.

Just by this video alone, it may be hard to see what the nanny is alleging. Stormi, obviously, has self-control, and Kylie herself seems to have good parenting tendencies. It remains to be seen whether more evidence of these allegedly errant behaviors of both mom and child will be revealed.