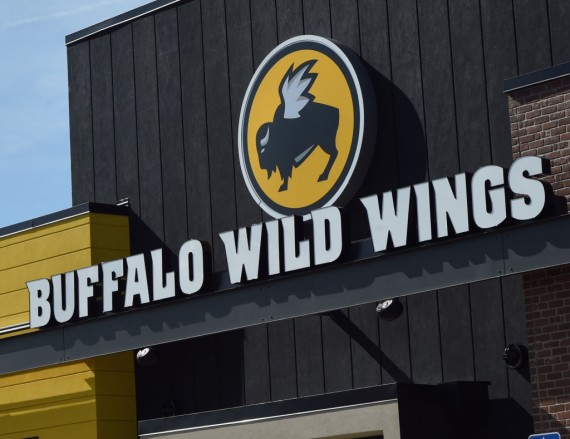 Buffalo Wild Wings has expanded its menu offerings, not just by adding one or two new items, but three. All in a span of two weeks.

In the past two weeks, the well-known and well-loved casual dining and sports bar chain was able to launch three new items for its fans to enjoy - a burger, a sauce, and a tater-tot dish. If there is an overachieving restaurant when it comes to new offerings, Buffalo Wild Wings it is.

But fans should be expecting so much more. The VP of the brand menu and culinary, Jamie Carawan, has hinted at a massively impressive menu expansion campaign. According to Carawan, as many as 50 new offerings are being planned for this year.

Before these 47 other new offerings arrive, though, it might be a good idea to check out what these latest offerings are. They might be worth trooping to Buffalo Wild Wings for.

The fact that Buffalo Wild Wings is not really known for burgers, although it has its own roster of burgers and sandwiches, makes this newest offering all the more interesting to try. What would it taste like, right? Can the chain transform how people look at Buffalo Wild Wings' burgers forever?

The latest offering is called the Bacon Smashed Hatch Chile Burger. It's essentially a spicy burger stacked with a brace of patties, cheese, and bacon. It's loaded with hatch chili peppers, a type of New Mexican pepper, and Fresno peppers, so it's safe to say that this is not the burger for those who cannot take the heat, literally. It has a reasonable price tag of $13.99, given the ingredients of this burger.

By its name alone, it is already easy to see what this sauce is made of - truffle oil and buffalo sauce.

The sauce has been described as a delicacy for the masses. Truffle sauce, after all, is not something everyone has access to. But with this new condiment by Buffalo Wild Wings, people will at least have the chance to know what it tastes like, especially with buffalo wings. The fusion is reportedly a humble take on the high-end sauce and has got people quite excited on the chain's Instagram page when it was announced.

Last but not the least, there's the Buffalo Chicken Tots. In fact, we would say this is the "mostest" among the three. It's the heftiest after all - amounting to 2,110 calories, to be exact. But it's probably the most worth it too.

It has a tot base that served as tortilla chips and is loaded with shredded chicken, blue cheese, and a colorful medley of green onions and Fresno chili peppers. To top these all off is a generous drizzle of ranch and buffalo sauce. What's nice about this is that it's just $12.49 a pop!