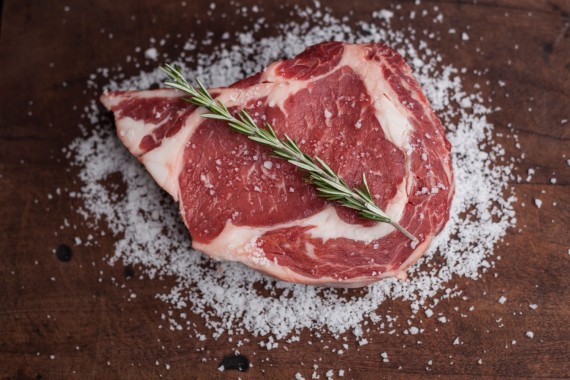 The neighboring states are both parts of a large agriculture and livestock industry. Meat remains a major part of people's diets in these states, and this issue has rattled the industry. Ironically, March is National Agriculture Month.

AG Daily reports that the Colorado Cattleman's Association (CCA) has expressed that the MeatOut movement is "harmful and falsely critical of agriculture and meat production." To counter this movement, CCA and the rest of the livestock industry are coordinating with restaurants, grocery outlets, and other retail stores to feature meat products on March 20. This encourages support for the meat and beef industry while also supporting other businesses affected by the Covid-19 pandemic.

Back in Nebraska, Governor Ricketts is also encouraging his community to buy beef, pork, chicken, and other meat products to support the agriculture and livestock industry.

The Nebraska Cattlemen's Association is thankful for Governor Rickett's support. According to Brownfield, Nebraska Cattlemen's president Bill Ray said, "The beef community has a long-standing commitment to caring for animals and providing families with the safest, highest quality beef possible."

Agriculture is Nebraska's number one industry. The MeatOut movement threatens the way of life of farmers and ranchers. Governor Ricketts adds that turning away from meat undermines the food security of the country.

According to Ansley Fellers, executive director of the Nebraska Grocery Industry Association, besides supplying to local and independent grocers, Nebraska's meat producers are critical in supplying meat on a global scale. ABC News also relays that Director Steve Wellman of the Nebraska Department of Agriculture said that "When agriculture does well, Nebraska does well."

To drive that point home, Wellman reveals that the state's agriculture industry generates around $12 billion every year. He adds that there are 45,700 farm and ranch families in Nebraska. This proves that agriculture is the "heart and soul of Nebraska."

At the bottom of Colorado and Nebraska's dissension is "MeatOut Day," which began in 1985. The Farm Animal Rights Movement started this to encourage meat-eaters to consider a plant-based diet. However, Nebraska is considered a "Beef State," and May has even been declared "Beef Month."

While the plant-based movement has been gaining traction around the world, the subject of protein and getting the right amount of it remains a highly-debated issue. Body-builders would attest that meat is better for muscle building and bone health. According to Meat & Poultry Nutrition, animal proteins are complete proteins and contain all the amino acids that are essential for good health. High-quality meat is not just good for muscle building. It also prevents muscle loss.

And the list of benefits continues. Meat, poultry, and fish contain heme iron, as opposed to non-heme iron found in plants. The body absorbs heme iron better. Beef is rich in zinc which ensures immune health, and selenium which protects cells and thyroid function. Meat and other animal products are also good sources of vitamin B12, which is essential in brain development and nervous system and cardiovascular functions.

It's safe to say that for these reasons, Governor Pickett says the importance of meat in people's diets cannot be overstated.