Hawker Chan: This is Where Your $2.25 Can Get You a Michelin-Starred Meal 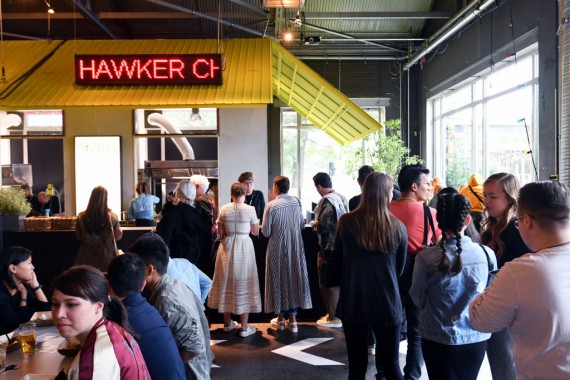 The world's cheapest Michelin-starred restaurant can be found in Singapore. Hawker Chan has meals going as low as $2.25 but certainly tasting like they should cost ten times more.

Talks of Michelin-starred restaurants can bring images of white tablecloths, chandeliers (probably even violins), and of course, of thick wallets getting lighter at the end of the day. Good dishes and great dining experiences do not come cheap, of course.

But all these images will not materialize when you go to Hawker Chan, a Michelin-star restaurant at the heart of Singapore. There are no white tablecloths here, but plastic plates. No chandeliers, but you can certainly see people's faces lighting up when given their chosen meals. Most important of all - no wallets getting lighter lightning quick with just a meal.

A casual meal at Hawker Chan costs so much less than a premium burger meal in any fast food in the United States. According to Mashed.com, Hawker Chan defies the image of luxury associated with Michelin-starred restaurants, but the foods it serves leave no one doubting that it belongs to the prestigious Michelin Guide.

Hawker Chan Owner Thought It Was a Joke

Hawker Chan is a street-food vendor in Singapore, which has gained increased attention when it was tagged as having the world's cheapest Michelin-starred meal: a chicken-and-rice dish. This dish is not even given some complicated name. It's only called "chicken rice" because it is what it is.

The founder and chef, Chan Hon Meng, was first given a Michelin star in Singapore's inaugural guide in 2016. It was a groundbreaking moment, but the restaurant kept up its good work. It has received a star every year since. The only time it did not get one was in 2020 and not because it ceased to be a Michelin-starred restaurant, but because the pandemic forced Singapore's Michelin guide to be canceled.

Chan has opened two more locations in Singapore and franchises in six other countries, all notably doing quite well. According to a reviewer from the Insider, eating the chicken rice afforded him an experience like no other. "I've never gotten better value for my money," he concluded.

Chicken Rice: All The Hard Work to Produce This Dish

Chan's signature dish that has gained all this attention is a simple Cantonese soy sauce chicken with rice and soybeans. The price tag of $2.25 does not do the food justice, but a higher price tag would certainly bode well since people also love the fact that it is cheap.

All the hard work that Chan pours in to serve this dish cannot be undermined, though.

According to Mashed, Chan has to start his day really early in the morning to make the chicken rice. He starts by marinating the chicken in soy sauce and ten spices and continues braising it by hand the whole day.

The recipe is said to be a decades-old recipe, and the quality of the ingredients is unquestionably high, based on the review of numerous satisfied customers.

ALSO READ: The Real Deal with Air Frying: Can It Be Linked to Dementia?