Drunken Cheese and Other Unusual Cheeses To Try Before You Die 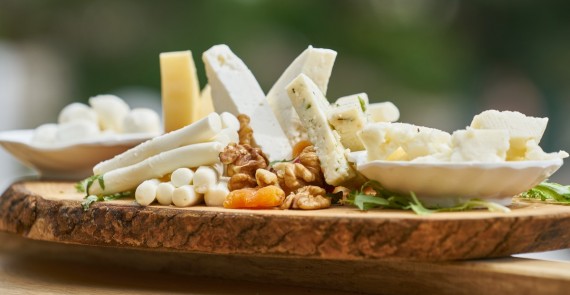 There is more to cheese than cheddar and mozarella.
(Photo : Engin Akyurt/Pexels)

Together with milk and butter, cheese is among the most favorite dairy products around the world. Almost every cuisine has a dish that revolves around it. We're already well-acquainted with common cheeses like cheddar, mozzarella, and parmesan. However, there are more unusual cheeses waiting to awaken the palette. One of those is formaggio ubriaco or drunken cheese. Find out how it's made and discover other unusual cheeses to try before you die.

Unusual Cheeses From Around The World

Drunken Cheese, known as formaggio ubriaco in Italy originated in the city of Treviso. While origin stories vary, one version dates back to World War I. According to Atlas Obscura, Austrian soldiers looted homes for food after winning the Battle of Caporetto. People hid their cheeses in barrels of pomace (grape pulp) or wine. They then discovered that the cheese developed a distinctly pleasant wine flavor. It also formed a purple crust. Drunken cheese is still made the same way today. Locals will tell tourists that the best time to try this delicacy is in the late fall until early summer.

If you're looking for a rare and unusual cheese, try pule. Pule cheese is made from the milk of Balkan donkeys. These endangered species can be found in Zasavica Special Nature Reserve in Serbia. It takes 3.5 gallons of donkey milk to make one pound of pule cheese. However, it takes 15 donkeys to produce just one gallon, and this is done by hand. That's why pule is one of the most expensive cheeses in the world.

Just like pule cheese, moose cheese is rare and pricey. Why? It's because you can only find it in the Bjurholm region of Sweden. Älgens Hus or Elk House makes and sells the cheese. Another interesting detail is all the cheese comes from the milk of only three moose - Juno, Gullan, and Helga. The moose sisters only lactate between May and September which is another reason for the heavy price tag. CHEESE.COM says feta is their best selling cheese, but you'll also find creamy blue cheese, dried blue cheese and white mold cheese.

The Japanese love their cheese and Mashed confirms that Japan is the world's top cheese importer. While Europe is still the biggest producer of gourmet cheeses, Japan won the gold medal at the 2004 Mountain Cheese Olympics in Switzerland for their Sakura cheese. Sakura cheese is made in Hokkaido, the center of Japan's dairy farming. Obviously, the cheese is flavored with Sakura or cherry blossoms with the addition of mountain berry leaves.

Esquire urges you to try Montebore cheese which hails from the Curone Valle of Italy. If you need a historic celebrity endorsement, Montebore is said to be the favorite cheese of Loenardo Da Vinci. Cheese historians says the Montebore cheese dates back to the ninth century and was served at the wedding of Isabelle of Aragon, the Duchess of Milan.


© 2018 Food World News. All rights reserved. Do not reproduce without permission.