According to the Environmental Working Group, These Are The Most Pesticide-Laden Produce of 2021 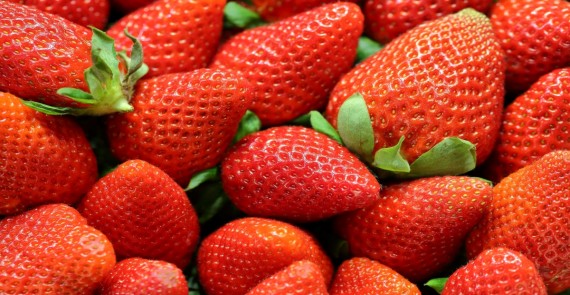 CNN just revealed the Environmental Working Group's 2021 Shopper's Guide to Pesticides in Produce. This guide is a list of fruits and vegetables that have the highest traces of pesticide. While we usually wash produce before eating, pesticide residue remains. According to the World Health Organization, exposure to pesticides can be toxic to humans and can lead to chronic illnesses. Scan the list and make sure to thoroughly clean the following pesticide-laden produce.

Spinach is a superfood and one of the healthiest vegetables to consume. Unfortunately, they also have the highest level of pesticide residue than all tested produce. In addition, the pesticide used in treating conventionally grown spinach is neurotoxic and even banned in Europe.

Tied at third place are kale, collard greens, and mustard. According to EWG, these greens are commonly treated with a pesticide called DCPA. DCPA has been classified as a possible carcinogen by the US Environmental Protection Agency.

Residue-wise, 90% of nectarine samples tested positive for more than two types of pesticide. So have apples, cherries, strawberries, spinach, and other leafy greens.

ALSO READ: Avoid These 5 Popular Foods That Can Actually Make You Sick

To prevent browning, apples are usually treated with a chemical called diphenylamine. Diphenylamine is banned in Europe since its connected to cancers in the esophagus and stomach.

While it may be painstaking to wash each tiny grape, it's worth the effort to get rid of harmful pesticide residue.

Cherries, sour cherries, in particular, are a great pre-bedtime snack and sleeping aid. Just like grapes, take the extra effort to wash these little gems before popping them in your mouth.

Peaches usually end up on EWG's Dirty Dozen list. Before making your favorite peach pie or cobbler, scrub away.

Another regular on this list, pears can stand a good scrubbing as well. If possible, buy organic produce. especially for fruit basket staples like apples and pears.

For the first time in 10 years, bell peppers and hot peppers were tested, and the results are alarming. EWG found that peppers contain 115 types of pesticides in total. Yikes.

While celery is a typical health food, it also contains pesticide residue. However, don't let this discourage you from eating healthily. Just thoroughly wash all your fruits and veggies before eating.

Tomatoes are a staple in almost all cuisines in the world. While they're at the bottom of the Dirty Dozen list, it's best to peel the skin away before adding them to stews and sauces. That may help remove pesticide residue.

While this list is discouraging, the Environmental Working Group has also released their "Clean 15" list. If you're determined to avoid pesticide-laden produce, check out which fruits and vegetables are safer for human consumption here.

READ MORE: What to Do in Cases of Food Poisoning