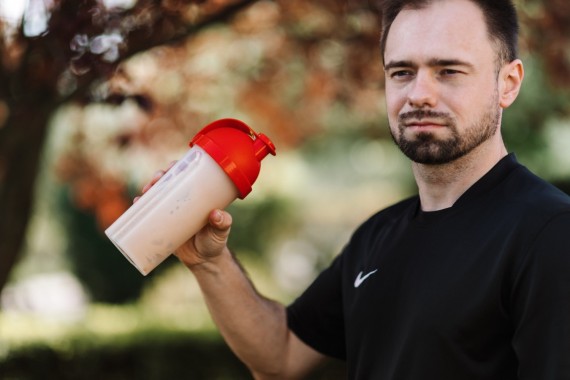 Protein shakes among those not recommended by nutritionists.
(Photo : Photo by Karolina Grabowska from Pexels)

Over the years, some healthy foods are hyped to be the next big "nutritious" thing that you are encouraged to eat. While some persuade you to eat these "healthy" foods using a "scientific" basis, nutritionists today are warning you against some of them. It's time to take heed.

Below are three healthy foods that we thought are really good for our body, but nutritionists want us to think twice. The list from Eat This! is quite a shocker.

Is Coconut Oil Among the Healthy Foods?

For years, coconut oil is hailed as a wonder oil. But nutritionists claim coconut oil has its own issues that many people have overlooked.

While it is true that coconut oil contains medium-chain triglycerides, a type of that that can fuel energy instead of being stored, this is only 15 percent. The other 85 percent is saturated fat - a known substance that can raise bad cholesterol.

A recent paper by the American Heart Association even warned the public against the use of coconut oil. Like all things, usage or intake of coconut oil should be done in moderation.

To use it as an everyday oil, however, is a terrible idea. Vegetable oil and olive oil are highly recommended as alternatives. They are both associated with better heart health, Natalie Rizzo, RD, said.

How About Acai Berry?

Everyone can vouch for a time that acai berries are in the rage. People cannot stop talking about this so-called wonder berry, raving about its many benefits. But nutritionists now claim acai berries, or acai bowls, in particular, can be quite unhealthy.

According to Kristie LeBeau, "acai bowls have healthy ingredients but are very calorically dense." Each usual acai bowl's portion size is quite problematic because the amount of sugar one ends up consuming is high.

Acai berries are already naturally sweet, and to eat them in large portions, is pushing the sugar limit. It can be exacerbated by the other sugars found in an acai bowl, regardless if they are called "healthy" sugars, such as honey or agave.

Smaller portions might work, but it's still worth thinking twice about making acai bowls a staple.

Athletes will swear by the health benefits of protein shakes, but nutritionists assert they know better. According to Gina Hassick, RD, pre-made protein shakes contain massive amounts of sugar and unnecessary ingredients to make the taste much more palatable and achieve a certain consistency and shelf life that consumers want to see.

People who are not careful or would just emulate the athletes they admire even though they do not move as much are at risk of consuming twice the recommended amount of sugar for the entire day.

Nutritionists recommend against the pre-made protein. They said that they should make their own protein shakes at home if possible because they will be more in control of the ingredients.

READ MORE: How To Have Abs: Top 3 Foods to Eat to Get a Six-Pack