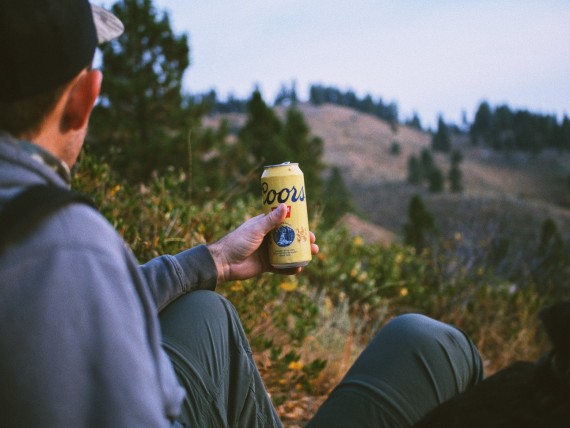 Hands up if you've indulged in some "stress shopping" in isolation. While this sort of coping mechanism brings comfort, it can also add clutter to your home. Perhaps it's due time for some spring cleaning. As a cool incentive, Coors Light will be accepting donations of your unwanted stuff in exchange for beer. Coors Light will then be donating these goods to local charities. Win-win, right?

How To Exchange Your Clutter For Coors Light Beer

Come Saturday, March 20, Coors Light will be accepting donations at The Battery in Atlanta and the Allegiant Stadium in Nevada. You can come by from 1 p.m. to 5 p.m., local time.

Now that you know what's in store, take a look around your home. Unless you're a strict minimalist, there's bound to be stuff that you no longer use that will benefit others. If you have tons of stuff and don't know where to begin, here are some easy decluttering tips from Becoming Minimalist and The Spruce.

Before you start pulling things out, label four big boxes as such: keep, relocate, trash, and donate. This will help you narrow down things easier. Remember the saying, "one man's trash is another man's treasure." Unless it's actually garbage, Coors Light may still be able to donate what some consider trash.

Focus on one room or zone at a time.

Decluttering can get messy and overwhelming. Start with one room at a time. A good place to start is the bedroom or bedroom closet. Clothes are always a good thing to donate. If you haven't used some items for more than a year, donate them.

In the bathroom and kitchen, make sure to throw away everything that's already expired.

For the rest of your home, you can use this thorough checklist by Joshua Becker from Becoming Minimalist.

Once you've filled up the "donate" box, seal it up for transport. Transfer your things to large trash bags if needed. Even if you're too far from Atlanta or Nevada, you can always donate to your local charities. While you may not get free packs of beer, you still get to support your community and be free from clutter.

For residents of Atlanta and Nevada, Marcelo Pascoa, vice president of marketing at Molson Coors, says that they'll accept everything from small items such as smoothie blenders to big items like bicycles. In their press release, Pascoa pointed out that "People bought a whole bunch of stuff to help them chill out throughout the pandemic...And a year later, you don't need a bunch of stuff to chill."