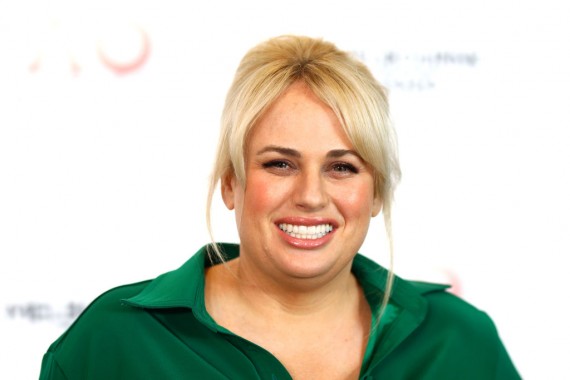 Rebel Wilson has not given up eating just to maintain her massive weight loss back in 2020. Contrary to what people think, the actress has not been depriving herself at all.

What she has been doing is, eating what she wants, but not overindulging. She has also lessened her sugar intake but made it up with a boost of protein intake, for that extra energy, as reported by Eat This. It's not that easy, though.

Speaking with People Magazine, she shared that after her weight loss, she really changed to eating a high-protein diet. It was not as easy for her compared to others, though, because she never really liked fish.

She shared she never really eat a lot of meat in the past so bulking up protein from meat was a struggle. She added that she now eats a lot of fish, salmon and chicken breast.

She also eats her favorite sweets in moderation, instead of dropping them like a plaque.

On her March 18 post to her Instagram Stories, Wilson admitted that she is a self-professed "chocoholic," but ever since her weight loss, she has been trying hard to curb the tendencies, not by avoiding sweets completely, but being careful about overindulging.

On that specific post, Wilson hilariously showed large chocolate Easter egg to the camera, and then saying it must be taken away from her line of sight.

Wilson said, "Get this s*** away from me. Not only is it chocolate, it's lemon meringue, my favorite dessert flavor. Oh my god!"

Rebel Wilson Strives to Be Active All the Time

That said, her number one rule is to never deprive herself of foods. Everyone can vouch for how much fun it is to eat, and Wilson seems to be living by it, despite making sure she does not gain weight.

She shared that with regard to foods she eats, she says she aims for balance, not perfection.

The actor shared that she believes "nothing is forbidden." This is helpful to living and eating healthier, because the motto keeps feelings of deprivation at bay.

As past studies would show, deprived people are often those who eventually overeat, so it is important to eat instead in moderation, because otherwise, intense, uncontrollable cravings can be triggered by depriving herself of foods she likes in ordinary days. Deprivation also slows down metabolism, which makes weight gain so much easier.

Apart from changing her diet, instead of starving herself, Wilson has also maintained an active lifestyle. While the ongoing pandemic makes it hard to hit the gym, the actress made sure she never goes back to a sedentary lifestyle.

If she is unable to hit the gym due to work or for COVID-19 safety, she keeps her body moving. She engages in all sorts of physical activities - such as biking, hiking, and boxing. Most of her workouts are on her Instagram to inspire others to start moving as well,

Wilson has been carrying out football-inspired strength exercises and taking regular walks so the 60 lbs she lost would stop creeping back.