Burger King French Toast Sandwiches Are Officially Back on the Menu 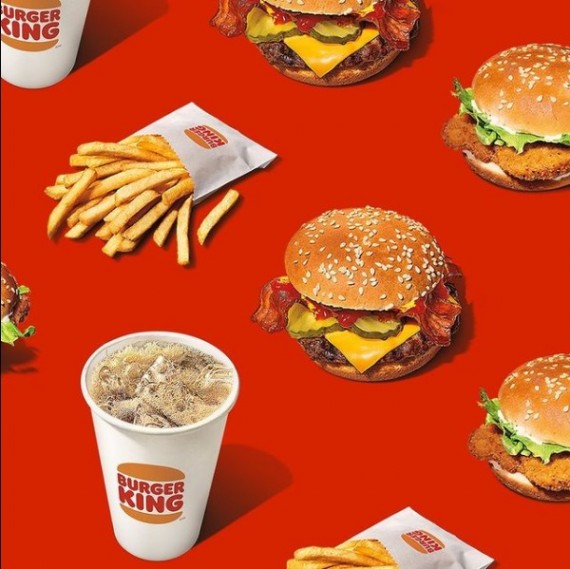 Burger King reveals a new logo and brings back fan favorites on the menu!
(Photo : burgerking/Instagram)

Fast food, while often unhealthy, is a source of comfort for many. Think KFC fried chicken, McDonald's fries, or a Frosty from Wendy's. Following that train of thought, Thrillist announced that Burger King is bringing back a short-lived treat that became an instant cult favorite among customers. As of today, March 22, Burger King customers can order the French Toast Sandwich again.

Just like in 2019, you can order the French Toast Sandwich with either bacon, ham, or sausage. The sandwich also comes with a slice of American cheese and a folded scrambled egg. This time, Burger King is introducing a new addition - maple butter sauce. After all, French toast would not be complete without butter and maple sauce.

YouTuber Ian K. already got ahold of the French Toast Sandwich and gave it a review on his channel, Peep THIS Out!. The video already has over 10,000 views as of writing. Based on the comments, many people are excited to get a taste.

Aside from the French Toast Sandwich, Burger King also has a couple of comeback items available for a limited period. You may want to add a side of Cheesy Tots to your French Toast. If you want another sandwich option, Burger King's beloved Sourdough King is also back on the menu and will be available until April 19, 2021. To refresh your memory, the Sourdough King features a 1/4-pound grilled beef patty, thick-cut smoked bacon, melted American cheese, mayonnaise, and ketchup on toasted slices of sourdough. You can also get in a single or double.

If you're a Burger King regular, make sure to check out their new loyalty program, Royal Perks. For every dollar spent, a customer will earn 10 crowns, and these crowns can be exchanged for free food items. Members of the Royal Perks loyalty program will also have daily perks like drinks, fries, or hash brown upgrades. Delivery orders can still earn you crowns, and you get double crowns on your birthday month. At present, Thrillist mentions that Royal Perks is available in select locations in Los Angeles, Long Island, Miami, New Jersey, and New York and can be accessed through the " rel="nofollow" target="_blank">Burger King app or website.

It happens often enough that fans can't get enough of a certain fast food item and demand for its return. Such is the case from McDonald's Hi-C Orange Lavaburst. According to In The Know, this non-carbonated drink can be traced back to 1955 and has developed a loyal following. However, the drink was discontinued in 2017. After fans went on a massive social media campaign and went as far as launching a Change.org petition, McDonald's finally answered the call and brought it back in February.

Another giant fast food chain that brought back a fan-favorite menu item is Taco Bell. The Quesalupa was last seen in 2016, and fanatics have long awaited its return. Fast forward to 2021, and it's back. Back with a vengeance, as some might say, in the form of 50 percent more cheese than the previous version. For a quick history lesson, the Quesalupa features beef, lots of cheese, tomatoes, lettuce, and sour cream in a crunchy taco shell.

READ MORE: Get Delivery Ideas From Netflix's "Somebody Feed Phil" US Episodes