Pop-Tarts to Launch Exciting New Flavors for the Summer 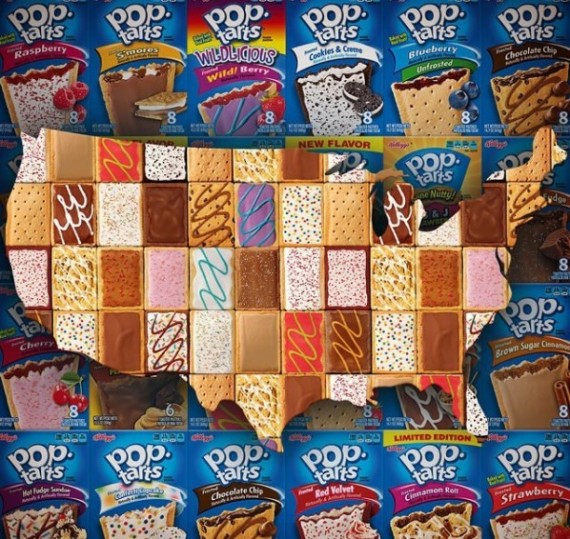 Everyone's favorite toaster pastry is as popular as ever. Pop-tarts, which first came out in 1964, originally had only four flavors. According to HuffPost, those flavors were Apple Currant, Blueberry, Brown Sugar Cinnamon, and Strawberry. Now, there are over 30 Pop-Tarts flavors, and that number will soon be going up. In June, Thrillist reports that Pop-Tarts is launching three new flavors for the summer - banana crème pie, lemon crème pie and peach cobbler.

These new flavors were inspired by America's favorite desserts and will be available nationwide come June 2021. ABC 15 says that Pop-Tarts fans may also get a fourth flavor in June and that flavor may be Tropical Mango. While waiting for these new flavors, you can try the Salted Caramel Pretzel Pop-Tarts and Red Velvet Cupcake Pop-Tarts, which are also new flavors. There's also the limited-edition Lemon Groove Pink Lemonade Pop-Tarts which fans say are the perfect blend of sweet and tart.

A Brief History of Pop-Tarts

As mentioned, Pop-Tarts were introduced in 1964 by Kellog's. However, Snack History reveals that Post, the company behind popular breakfast cereals such as Pebbles and Raisin Bran, was actually the first to come up with this kind of product in 1963. Their lack of marketing led to Kellog's running with the idea and making Pop-Tarts an American breakfast staple.

ALSO READ: The Top 10 Drinks From The Starbucks Secret Menu

Originally, these beloved toaster treats were called "Fruit Scone." As HuffPost reveals, the catchier "Pop-Tarts" name was influenced by artist Andy Warhol's Pop-Art which gained massive popularity in the 1960's. This name change proved to be a wise move as the Pop-Tarts popularity grew even more. Even when they first came out, a Kellog's spokeperson told the HuffPost that the first shipment of Pop-Tarts in 1964 sold out in two weeks. These days, more than 2 billion Pop-Tarts are sold every year.

Based on their website, there are 24 Pop-Tarts flavors available at this time; 31 if you count Pop-Tarts Bites and Pop-Tarts Crisps. These are the top ten flavors according to Delish.

HuffPost does mention that Kellog's says that Frosted Strawberry is their number one bestseller, followed by Frosted Brown Sugar Cinnamon. Still, Huffpost agrees with Delish and declares the Brown Sugar Cinnamon Pop-Tart as their favorite flavor as well. However, they prefer the frosted version. The Frosted Brown Sugar Cinnamon Pop-Tart also has the most reviews on the Pop-Tarts website and enthusiasts say that not only is it good for breakfast, but they eat it at any time of the day. This flavor is commonly out of stock, but you can get the Frosted Cinnamon Roll Pop-Tarts and won't get too disappointed.