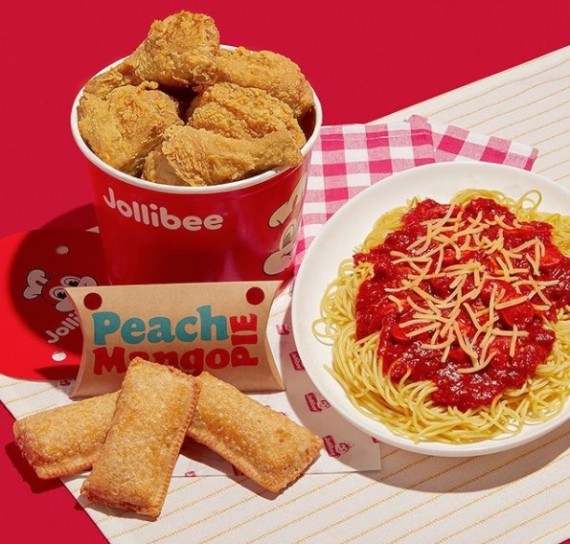 Jollibee, the Philippines' beloved fast food chain, has just signed a lease and is set to open a new branch in Times Square.

As Eater reports, this Jollibee branch will soon be found at 1500 Broadway, between West 43rd and 44th streets. The massive 7,127-square-foot space will also serve as the fast food chain's flagship in New York City.

It will be Jollibee's third branch in New York City. You can find one in Manhattan at 609 8th Avenue, between West 39th and 40th streets, and another at 6229 Roosevelt Avenue, at 63rd Street in Queens.

The opening date has yet to be announced. But Jollibee devotees will surely be lining up for hours on opening day, just like the Manhattan launch back in 2018.

Jollibee has 37 stores in the U.S. spread across several states, including California, Florida, Hawaii, Illinois, Nevada, New Jersey, New York, Texas, Washington, and Virginia. There are also branches in Manitoba and Ontario, Canada, and 1,300 branches all over the world.

Jollibee is famous worldwide for their fried chicken called "Chickenjoy" and their sweet-style Jolly Spaghetti. The Peach Mango pie is also a hit in the U.S., and it's made with real Philippine mangoes.

A Slice of Jollibee History

Jollibee's story is that classic rags-to-riches journey of an immigrant family seeking green pastures. As Esquire Philippines tells it, Tan Caktiong, his parents, and the rest of their family came to the Philippines from Southeast China. They settled in Davao City, but Tan Caktiong studied in Manila, where he graduated with a degree in Chemical Engineering from the prestigious University of Santo Tomas.

Tan Caktiong pursued a Magnolia Dairy Ice Cream franchise, and he opened two branches in Manila with a capital of P350,000 or about $7245 at this time.

He then decided to add savory items on the menu, and by 1978, he ended his franchise with Magnolia and converted his restaurants that, over time, became the now-famous Jollibee.

The bee idea was inspired by honeybees because of their hard work, and the character design idea was thanks to Disney. The Yumburger was Jollibee's first hit product, followed by the spaghetti and fried chicken.

In the Philippines, you'll still find spaghetti and fried chicken on most special occasions, and these food items quickly made Jollibee a household name in the '70s. Up to this day, these are still their bestselling items.

A Taste of Home

Jollibee's cult following in the U.S. is partly thanks to Filipinos abroad that have missed the taste of home. Those who have discovered Jollibee through Filipino friends have nothing but good things to say, particularly about the fried chicken.

In 2020, Metro Style reported that the Chickenjoy even landed fourth place in Redbook's "Best Fastfood Fried Chicken, Ranked," which was published to commemorate National Fried Chicken Day. At Jollibee, every day is a fried chicken day.

READ MORE: Burger King French Toast Sandwiches Are Officially Back on the Menu