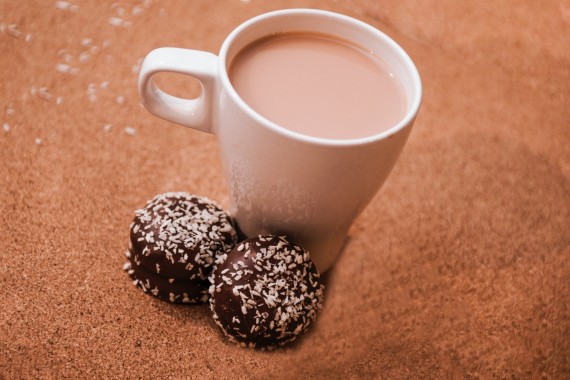 Nestle, the Swiss food giant behind many dairy products people enjoy right now, including the well-loved Milo chocolate malt drink is going with the times. As more people clamor for plant-based food and beverage alternatives, the brand announced that it would release some plant-based versions of three of its popular products.

That said, Milo fans can now choose to have Nestle's newest plant-based version of it. This is the world's leading chocolate malt beverage getting a healthier update.

This new version changes up the milk found in the original recipe with the healthier alternatives of almond and soy, but the other two main ingredients of malt and cocoa are maintained.

Those excited about the plant-based Milo outside of Asia would have to wait though. The new products will be launched first in Malaysia, a country known for its generations of Milo fans going back seven decades back. Milo was first launched in the country in 1950.

Nestlé Malaysia will also be introducing two other plant-based Nescafé lattes. These new offerings will launch within the month.

The two lattes -- Nescafé oat and almond lattes, will also have their own plant-based versions. These however, have already been launched in other parts of the world already before arriving at Malaysia.

The company believes this to be a good move since coffee mixes are a popular and growing category. These lattes were already launched in countries in Europe, Latin America and Oceania, and in Japan.

"Milo is an iconic brand in Malaysia and across Asia and much-loved across generations. We want to provide consumers with on-trend alternatives in formats they want. That's why we're delighted to launch Milo Dairy Free to support people's lifestyle choices," Mayank Trivedi, head of the Dairy Strategic Business Unit at Nestlé, said in a statement.

Bottled plant-based Milo drink may be launched the first time this year, but plant-based Milo powder was already released back in 2020, but in Australia. Compared to Malaysia, Australia already had Milo way back in 1934, and the plant-based version certainly made fans excited, and even converted non-Milo drinkers to try.

According to Guglielmo Bonora, head of Nestlé's R&D Center in Singapore, the move towards plant-based products is not merely a fad. It's not something the company is doing just because there is a trend towards it. Instead, the company truly believes that doing so will be better for people and even the planet.

"We want to make it easier for people to embrace plant-based alternatives in their diet while also reducing our carbon footprint across the supply chain," Bonora said.

Nestlé's R&D center in Singapore is quite instrumental in this whole shift, since it acts as the regional innovation hub where the development of plant-based dairy alternatives in Asia is happening.