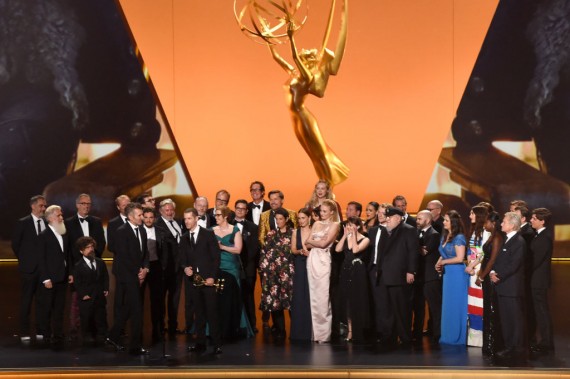 "Game of Thrones" may have ended in a disappointing note for many, but two years after its finale, some fans are still talking about it. So much so that its 10th anniversary is still worth celebrating for many. That, and the fact that the book series is yet wrapped up anyway.

Given the still strong fanbase in existence, an entirely new line of beers is being released to celebrate the 10th year after "Game of Thrones" first graced the world's television screens, ushering in with it a whole legion of impassioned fans about a series that have long been written and yet remained unfinished to date.

For eight whole years, fans have been glued to every episode full of leading character deaths and bloodbath. Two years are not bound to have erased all these feelings for the character and riveting plot.

Naturally, being the worldwide phenomenon that it is, commercial food and beverage tie up over the years and merchandise inspired by the show and the book have done so well. The show has even went into partnership with the likes of Johnnie Walker and Vintage Wine Estates on product lines through the years.

In addition, while the show was still running, the New York brewer Ommegang was able to release 15 official Game of Thrones beers.

The show's end does not mean these partnerships would.

At present, the show is partnering with a different brewer to release a whole new range of official beers for fans that have never quite gotten over the show.

On 17 April, fans will get to have their hands on the Danish Brewery's Mikkeller Iron Anniversary IPA, which pays homage to the show.

"From the very beginning, collaborations have been one of the key elements in Mikkeller's universe and are one of the things we have the most fun with and love the most," Mikkel Bjergsø, Mikkeller's founder and creative director, shared.

The director, however, said this one with "Game of Thrones" is the biggest so far, which makes them very happy. The founder further added that the company is looking forward to creating more beers inspired by the series and meant to make the dedicated fan base and general beer lovers happy.

This "Game of Thrones" beer is a 7% ABV New England-style IPA described as having a "bright aroma of fresh pineapple, mango, peach, rose petals and a hint of vanilla [followed by] flavors of passionfruit, papaya, mango and berries [with] a hint of hop bitterness".

Apart from this beer, two more "Game of Thrones" beers are in the works for release this year, and if things go right, several more are set to follow over the coming years.

This can be described as a renewal of the "Game of Thrones" spirit, even though the show is not coming back. This is probably why in 2019, Diageo already released its final Game of Thrones-inspired single malt whisky.

A prequel and other related shows are said to be in the works, though, which means the Danish Brewery's decision to partner with the show might be a wise one.