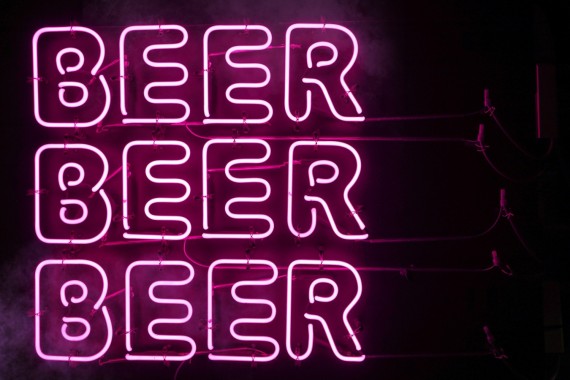 Flintstones, or rather Pebbles' fans, rejoice. This year, to celebrate the 50th anniversary of the Pebbles cereal brand, the company is launching several new Pebbles items.

There would be a Pebbles-flavored protein powder, a birthday cake cereal, and then even some Pebbles-inspired ice cream flavors! But apart from all these, there's now a Fruity Pebbles alcoholic beverage, care of the Crooked Hammock Brewery.

The brewery has recently released the aptly-called drink called Yabba Dabba brew, described as being both sweet and sour, or more specifically, as "fruited cereal sour." The best part about this drink is that it is not even just inspired from Fruity Pebbles cereal - it is actually made with it. Real Fruity Pebbles cereal pieces can be found in this drink and for a fan of that cereal, or for that character - this is a massive deal.

Just one sip and nostalgia is likely to hit. The new brew has an 8% ABV and is created with a mix of sweet and tart flavors such as cherry, lemon, orange, and lime zest. The outcome of all these mixed flavors is a drink in a nice, appetizing reddish-pink color. The new drink is very Instagrammable - both the packaging and the content.

Yabba Dabba brew is available in cans or through in-house pours right now, but unfortunately only at the Lewes and Middleton, Delaware locations of Crooked Hammock Brewery. This is likely to change soon.

Given the reactions to this announcement, it is apparent that the drink has triggered some serious nostalgia among the fans who grew up with the character, or if not, the Pebbles cereal brand.

Some are literally begging the company to ship the drink to Michigan, New York, Texas and many more other locations. Some said this is the perfect combination of their two favorite things - beer and Fruity Pebbles.

Going back to all the items that Pebbles would be releasing to celebrate its 50th Anniversary, something fans should really be excited for is the whey protein.

Fans of Pebbles who have now grown up and love working out would certainly find it nostalgic to take this whey protein to buff up their bodies. At one point, that seemed just like a fun imagination.

Pebbles has joinced forces with the leading hydrolyzed whey protein isolate brand Dymatize for delicious version of the Birthday Cake PEBBLES that even boys would not be shy to pick up.

This isn't really the first time Dymatize and the PEBBLES brand worked together to release a product, though. In 2020, right in the middle of the pandemic and with people stuck in their homes doing TikTok and their own workouts, they launched the now Fruity and Cocoa PEBBLES-flavored protein powder in honor of the legendary brand's upcoming birthday. It quickly became a fan-favorite.