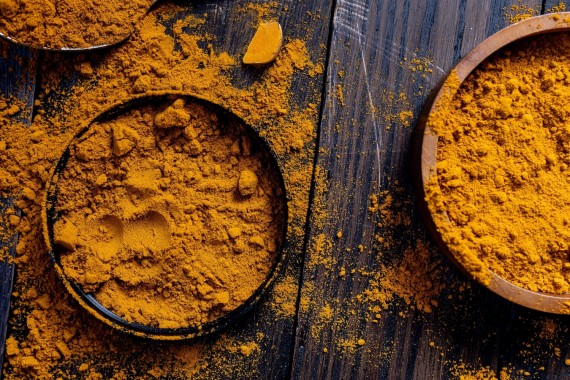 Turmeric extract can act as effectively as paracetamol in lessening pain and other symptoms associated with knee osteoarthritis. This is the finding of a new study on Arjuna Natural Private limited proprietary turmeric extract.

The findings are not as conclusive since it focused on one brand, but are hailed as quite promising. The study showed that the highly bioavailable compound was even better at reducing inflammation. If this can be proven true at a wider scale, this is a breakthrough, since osteoarthritis is a degenerative disease that should be cured.

The disease can lead to the articular joints weakening as the cartilage, joint lining, ligaments, and underlying bone all break down. The usual manifestations or symptoms of osteoarthritis are stiffness and very unpleasant pain.

The research is led by Shuba Singhal, PhD and set in India. The andomised, controlled clinical study was carried out at the Department of Orthopedics of a known educational institutional in New Delhi, the Lok Nayak Jai Prakash Hospital/Maulana Azad Medical College.

The results are now published in the journal Biomed Central BMC. For the present study, as many as 193 patients who were diagnosed with osteoarthritis of the knee were classfied to receive either turmeric extract (BCM-95) in a 500 mg capsule twice a day, or a 650 mg tablet of paracetamol thrice a day, for a total duration of six weeks.

After relatively two months or six weeks of treatment, responder analysis showed significant improvement among the participants' WOMAC scores across all parameters for those who took turmeric, in relation to those who were given paracetamol.

ALSO READ: Ketchup Packets Now in a Shortage Due to All The Take-Outs and Deliveries

If these results were to be taken as they are, the results showed that the the normal paracetamol can be replaced by turmeric for knee pain management.

Not only that; apart from these positive results, improvements were also witnessed of the BCM-95 group's serum inflammatory markers. The group's CRP levels were lessened by 37.21 percent, and their TNF-a levels were reduced by a remarkable 74.81 percent. The researchers concluded that this is another reason why BCM-95 is better than paracetamol for people with knee issues.

The study served as a follow up to an Arjuna study that was done the previous year, which showed a positive relationship between its flagship high-bioavailable curcumin formulation and osteoarthritic outcomes. .

According to Benny Antony PhD, joint managing director of Arjuna, the present study was designed to build on earlier studies so that better clarity and specificity can be achieved. The follow-up study has employed more markers and a better scoring methodology. The anti-arthritic effect of BCM-95 in osteoarthritis is associated to its capability to modulate the anti-inflammatory markers of both TNF and CRP.

The findings are truly promising because Knee OA is presently one of the top leading leading causes of disability and pain among adults and old age populations. Up to 15 percent of all adults older than 60 years have experienced certain degree of OA. Studies have also shown women to be more afflicted with this condition than men.

Turmeric has long been listed as having a lot of benefits.