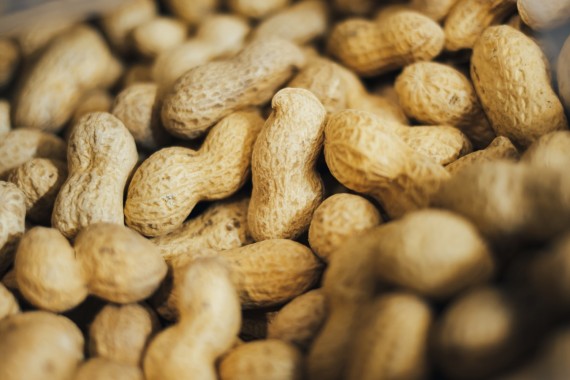 According to the Insider, peanut allergies are one of the most common food allergies in the U.S. One small bite can completely alter a life.

Model and aspiring actress Chantel Giacalone was working as a model at a fashion trade show at the Mandalay Bay South Convention Center in 2013, reports New York Post. A friend brought her a snack of frozen yogurt with one deadly topping, a bite-size pretzel infused with peanut butter. The then 27-year-old Giacalone went into anaphylactic shock and sought help from a medic station.

As reported by Courtroom View Network (CVN), Giacalone was able to self-administer an Epi-Pen injection before going to an emergency services station operated by MedicWest Ambulance, a Las Vegas-based ambulance company. However, the EMTs allegedly lacked the proper lifesaving equipment to help Giacalone, and her respiratory system began to shut down.

The Oakland Press then reported that Giacalone slipped into a coma and had a long road of recovery ahead. Since Giacalone was not given epinephrine through an IV, which was required for full anaphylaxis, her lawyer argued that she lost oxygen in the brain for precious minutes. This has resulted in brain damage. Sadly, this incident left Giacalone, now 35, a quadriplegic and can only communicate with an eye gaze computer, reports the Las Vegas Review-Journal. The journal adds that Giacalone is fed through a tube, gets bathed by her mother, and requires 24/7 care.

ALSO READ: 25 Million People Will Get a Boost in Their Food Stamp Benefits This Month

The family's lawyers sought over $60 million in damages for past and present medical expenses, pain, and emotional suffering. However, MedicWest has denied any wrongdoing. MedicWest's attorney claimed that Giacalone's allergic reaction didn't warrant the use of intravenous epinephrine, and if negligence is proved, "$8 million is damages will suffice."

According to CVN, this case has been pending since 2015, which they add is "an unusually long time for a civil case to go to trial." Finally, on Friday, April 9, a Nevada state court jury awarded the Giacalone family a sum of $29.5 million after deliberating for a couple of days. The full trial was webcast and recorded by CVN.

Giacalone's father, Jack Giacalone, said, "All the anguish that we've been through for the last eight years, I'm not happy about." But he is happy that his daughter will be taken care of. He and his wife are the primary caregivers to their quadriplegic daughter, and they refuse to put her in a facility. She's expected to live until the age of 55. However, Jack Giacalone is already 70, and his wife, 59. They are no longer sure how much longer they can personally provide 24/7 care for their daughter and may have to call on Chantel's sister to assume this responsibility.

"Every minute of Chantel's life has been inextricably altered," Giacalone's attorney Christian Morris said in court. The money from the lawsuit will be invested in Giacalone's future care and perhaps a new home that will suit her needs better. At present, she lives in her parents' home and is confined to a hospital bed in the dining room.