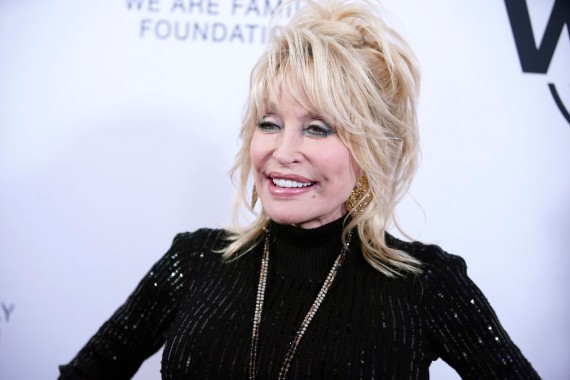 Dolly Parton's ice cream did not only crash the brand's website when it went live; it is now being sold for a whopping $1000 on eBay. You can say the buyers have lost their minds, but it's also not that surprising.

Dolly Parton stands for everything fun and nice. Apart from her songs, which have inspired so many, her good deeds for the society can never be overlooked. Case in point, the proceeds of her ice cream will not go to her pocket but will certainly go to a good cause. After all, it's the trademark of the legendary performer - to always give back.

The country music star, 75, in collaboration with the known ice cream brand, created a new Strawberry Pretzel Pie flavor, not just to let fans eat something inspired from their idol, but also to benefit the Dolly Parton's Imagination Library.

The dessert company said the flavor is "sweet and salty, with timeless appeal, deep American roots, and makes you feel darn good." It was not all marketing because those who were lucky to be able to purchase it certainly agreed.

The ice cream flavor has become so popular that it is now retailing for $1000 on the online marketplace, eBay.

The flavor is quite extraordinary, though, paying homage to everything Dolly Parton stands for. For it to be able to fetch such attention and price is not that surprising. According to Jeni's, "It's a throwback to the triple decker pie from the potlucks of our youths." The company added that to create the ice cream, they made use of layers of salty pretzel streusel, which was subtly sweet. They then added some "effortlessly tangy cream cheese ice cream" and poured in some strawberry sauce in lipstick red shade.

The whole thing looks fun and quite summer-y.

When the collaboration dropped last week, it sold out online and in some select Jeni's locations, which compelled fans to look for alternative sources, such as the secondary market like eBay.

Jeni's updated fans on its future availability, saying the company is "working around the clock" to get more of these flavors out in the market to the hands of anticipating fans.

Like Parton, the ice cream brand Jeni's has its own fans. It has become quite a popular brand in recent years, mainly because of its collaborations with some major star powers. In January 2021, the company announced it was formulating an ice cream flavor inspired by President Joe Biden's favorite.

The brand's founder, Jeni Britton Bauer, spoke with TODAY once and said that making people happy is the key to becoming successful.