TikTok User Reveals How She Gets Unlimited Domino's Pizza, Splitting Up Netizens 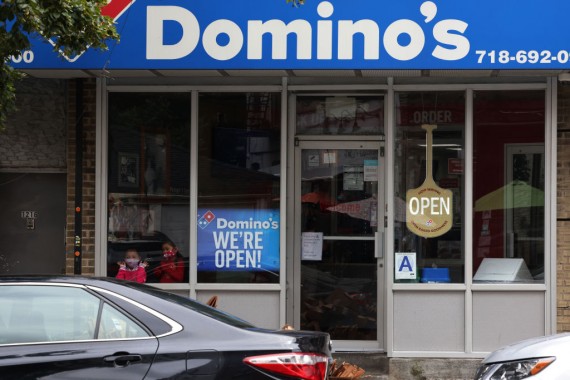 The Internet (or at least the TikTok world) is split into two when they saw the antics of some college students employed to get unlimited Domino's pizza. Some claimed it bordered on theft, while others deemed it a wise move, especially for students who have an undeniably limited budget.

TikTok User Shows How to Get Unlimited Pizza from Domino's

Struggling students occasionally have to be wily in making sure their budget for the week would suffice; cutting down on unnecessary expenses is possible. A group of students, however, find a way to cut down on their food expenses and shared this hack online, irking some while making others quite amused.

These students in Spain thought of the perfect way to take advantage of a Domino's Pizza's promotion and turn it into a way for them to have unlimited pizza for a while, as reported by The Daily Dot.

Domino's Spain (dine-in) offers local customers a deal wherein they can get one free pizza every time they finish one. This means you can eat an unlimited amount of pizza as long as your stomach still has room for it. The students, however, recognized a perfect opportunity when they saw the deal and grabbed it.

The TikTok user, a female student, @gurpreet_gillx, shared that she and her friends showed up at the Domino's prepared -- not prepared to eat unlimited pizza, but prepared to take home as many as they could. They went to the pizza chain with a Tupperware in tow, which they placed under their table in the dining room.

Acting as if they are eating a pizza, they would actually sneakily squirrel slices of pizza away and into their respective container. Afterward, with the pizza gone, they would simply order another one, which was replenished with no questions asked by either unknowing staff or staff who knew but do not care.

At the end of the video, they can be seen holding up their Tupperware, running, and laughing.

"We paid €7.50 each and got 4 pizzas and refill drinks so yh Spain do it right," she added in the comments.

While many loved the video, others cannot help but comment that they did not think this is okay, whether or not there was a promo and whether or not the staff did not bother asking questions. Some said doing this is a form of stealing. One claimed that this is like stealing from an eat-all-you-can buffet.

"This is stealing," said user @oxtasx. "Because it is in house consumption only. Same with an all u can eat buffet. U r not allowed to bring containers and take it with u."

However, there were those who vocally defended the students, not because the action in itself is right, but because the TikTok users were students, and everyone should know students have limited budgets.

One commenter, @mariatello.r, said that if he is the staff at Domino's, even if he sees what is happening, he will not bat an eyelash. He said at the end of the day, he will not be affected personally. Some added that there is nothing wrong, because they technically paid for the pizzas anyway!