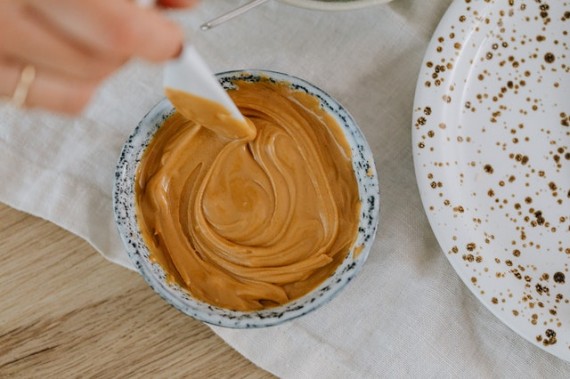 Can there be an effective peanut butter allergy solution in a toothpaste?
(Photo : Photo by Karolina Grabowska from Pexels)

Peanut butter allergies can even be deadly for some. Could it be solved by simply brushing your teeth?

According to a new study, toothpaste, and the simple act of brushing the teeth, may truly be one of the solutions soon.

Toothpaste Benefits: It Can Cure Allergy?

The study, conducted by a New York City-based company, involved a trial of a toothpaste that has peanut protein among a small group of adults to determine whether it can treat food allergies. All of those who participated commonly had an allergy to peanuts. The idea behind the trial is to expose users to small doses of peanut protein so that eventually, they will come to have a strong tolerance to peanut and peanut butter.

The researchers at Intrommune Therapeutics claimed that this trial is actually promising. Tying the treatment to a daily routine is likely to help allergy sufferers eventually overcome their allergies.

The researchers even asserted that this tooth product can be more effective than existing therapeutics. The toothpaste also has active ingredients that can be delivered to immune cells throughout the mouth.

At present, food allergies, including peanut butter allergies, are a critical problem in the United States. As high as 32 million Americans reportedly have some form of food allergies.

So far, one known therapy for food allergies is the so-called oral immunotherapy. Under this treatment, the person with allergies is exposed daily to small amounts of an allergen through doses that are being swallowed at the same time as food. Allergen refers to the protein or related materials that can trigger allergic reactions.

The issue with oral immunotherapy is that certain people react to this treatment itself. Apart from that, tolerance to an allergen can weaken without maintenance dosing.

Another treatment, described as being the gentler version of oral immunotherapy, is sublingual immunotherapy. The main process behind this treatment is that smaller doses through liquid drops are placed under the tongue. Some said this therapy has provided adequate protection and is associated with fewer side effects. Its effectiveness is also higher when the allergies are caught early. For instance, the mouth drops produce stronger, more durable benefits in toddlers than among older children given the same treatment.

Still, if the toothpaste can truly be effective, then this would be the most superior and most convenient of them all. The researchers shared their discovery at a virtual meeting of the American Academy of Allergy, Asthma & Immunology.

Those who have come across the study have mixed reactions. Some allergists supported the idea and claimed that the product is ingenious. On the other hand, some allergists worry about the side effects (especially since they are exposing themselves to something they are allergic to in the first place) and of the difficulty of controlling the dosage.

They asserted that certain people with allergies can instead find their gums becoming inflamed.

"Safety is something I'm going to be watching closely," Sakina Bajowala, an allergist at Kaneland Allergy & Asthma Center in North Aurora, says.

But if "they can prove it's safe and effective," she added, "then fantastic."