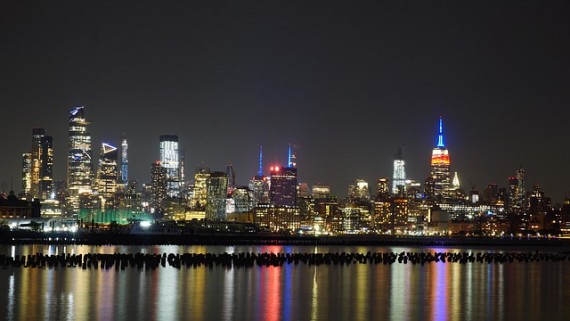 Located on the Hudson River in New Jersey across from Manhattan, Hoboken isn't just another suburb outside the Big Apple although it's often referred to as its sixth borough. It's the best place to see the New York City skyline, including a clear view of the Empire State Building particularly from Sinatra Drive along the waterfront.

If you've just moved into one of the Hoboken apartments or you're planning to visit, you'll also find a wealth of shopping venues, lively nightlife, hopping bars, and restaurants on par with any you'd find on the other side over the river, including these top spots.

In a city filled with Italian delis specializing in housemade mozzarella and sandwiches, Fiore's Deli stands out from the pack. It's old-school, the kind of place where there's always a line out the door, which has been open since 1903

The current owner, John Amato, Sr., started working here in the 1960s as a delivery boy. Now he and his son John Jr. run the shop and make the mutz together. The establishment is not only renowned for its mozzarella, but the hot roast beef with gravy and mutz which is often called the very best sandwich in Hoboken. You'll have to go on a Saturday or Thursday to try it as it's only available on those two days of the week.

No matter when you visit, come hungry as all of these sandwiches are loaded - in fact, you probably won't be able to eat more than a half for lunch so you can save the rest for dinner.

Tucked among stately townhomes on a quiet corner, Barbes offers a unique mix of Parisian and Moroccan fare in a classic French bistro.

Named after the famous Paris neighborhood at the foot of the Sacré-Cœur, not only can you order escargot, steak frites, and mussels, but couscous, tajines, shawarma, and pastilla, a pillow-shaped chicken-filled pastry.

When you're craving pizza, there are few better spots than Benny Tudino's. Established back in 1938, it's one of the oldest pizzerias in the city, something that can be seen in the well-worn fixtures, with the pizza ovens in front while the dining room sits at the year.

You know it's good when it's managed to survive for so many decades, but it's also partly because its slices are massive and overflowing with cheese like a raging river after a storm.

Texas-style BBQ in New Jersey? In Hoboken, you'll find it at the House of Que, a legit place for all things barbecue backed by a pitmaster from Austin's legendary Salt Lick BBQ. It offers communal seating, TVs for catching the game, and some of the best ribs, pulled pork, and brisket around.

Every piece is tender and hand-seasoned with a proprietary rub before being smoked low and slow, then topped with a selection of in-house BBQ sauces. Oh, and did we mention it also has a prime waterfront location with a sweeping view of the Manhattan skyline?

When you're looking for the Italian-American classics done right, Augustino's is the best joint in town which is why it's also one of the toughest places in Hoboken to get a table.

There are only five, so you'll have to wait but it's well worth it to indulge in everything from veal parm to calamari or linguine and clams.

6 Fresh Ideas For Your Holiday Cooking