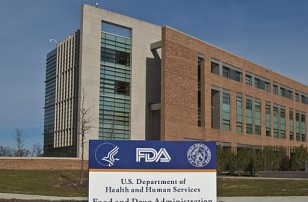 In the absence of inspection fee hikes on a regular basis to catch up with escalating costs, most restaurants usually don't get inspected frequently or properly. However, this is soon going to change for restaurants in Colorado, when inspections will henceforth be frequent and uniform.

Over the previous week, several companies such as General Mills, Mars and Kellogg have reported plans to mark genetically modified items despite the fact that they don't believe it's a smart thought.

If the federal officials are to be believed, the E. coli outbreak that was traced to fresh sprouts seems to be over. Earlier, they said that 11 people from two states had fallen ill following consumption of E. coli infected alfalfa sprouts made by Jack & The Green Sprouts.

Food manufacturers are not yet requried to place warning labels on products that contain BPA liners. However, stores are required to post general notices by May 11 informing the public on the dangers of BPA as well as the possibility that some products could contain the chemical.

Federal health officials have declared that Salmonella found in a food product called RAW Meal Organic Shake & Meal and marketed by Garden of Life has infected as many as 27 people in eight states.