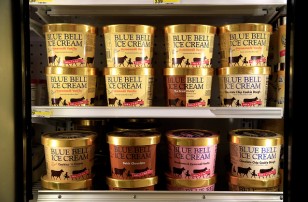 Very few people realize that they are actually being cheated when they order a premium steak. For instance, despite paying a top dollar for a cut from a tenderloin or ribeye, in reality you could be eating smaller off-cuts that have been stuck together using a substance that is allowed in many countries across the globe.

The United States Food and Drug Administration newly released a rule which ensures the prevention of food contamination during transportation.

The U.S. Food and Drug Administration (FDA) recently issued warning letters to a diverse group of food manufacturers for reported violations of and diversions from the existing food safety rules. As many as seven food manufacturers have received such letters from the federal regulatory body.

A study commissioned by the European Food Safety Authority (EFSA) has classified as many as 28 subjects relating to food safety with a view to improve harmonization in food research throughout the continent.

Unnaturally high levels of arsenic have been found on infant rice cereal, which may endanger babies and toddlers.

Snyder's-Lance, Inc. recalls some of its Emerald 100 Calories Pack Roasted & Salted Cashew Halves & Pieces due to small pieces of glass.

Arizona Governor Dough Ducey has signed a bill that exempts potlucks and school veggies from food safety rules, making eating dangerously highly possible in the state by the end of July this year. This bill makes non-commercial potluck social events legal, provided they are outside workplace.