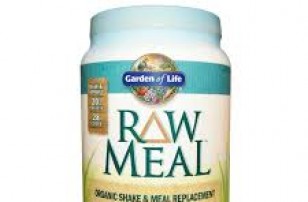 Federal health officials have declared that Salmonella found in a food product called RAW Meal Organic Shake & Meal and marketed by Garden of Life has infected as many as 27 people in eight states.

Classified as an ultra-processed food item, people have leared to be wary of soft drinks, or at least, control the amount they consume. However, there are actually far worst drinks than sodas in terms of sugar content. Though tea, coffee and chocolate have proven health benefits, it would be best to steer clear of these drinks due to their high sugar content which would make the regular soda look almost "healthier" by comparison.

Following several years of inspections, warnings as well as notices by the Food and Drug Administration Federal, federal attorneys led by the Consumer Protection Branch of the U.S. Department of Justice filed a civil complaint on Monday last seeking to immediately stop the Native American Enterprises LLC from distributing adulterated food.

The U.S. Food and Drug Administration’s ultimate goal to be achieved by a food establishment inspection is to prevent foodborne diseases. Hence, inspections from state to state are underway to all food service operations.

The dramatic increase in Salmonella infections since 2015 has led the California Department of Public Health (CDPH) to issue a warning to the public last week regarding the consumption of illegally produced Mexican-type soft cheeses, which are mainly sold by street vendors.

Your Guide To Buying Eggs And Why You Should Care

Cage-free, range-free, or pasteurized eggs. Does it matter?

Soylent-Only Liquid Diet: The Future of Weight-Loss or Another Fad?

Soylent is a pre-mixed beverage which promises to provide the required dietary nutrients for a healthy body. Complete vitamins and minerals are present in this drink which led some people to believe it is enough to live on soylent-only diet even without the consumption of solid food. With the release of the new and improved Soylent 2.0, people are asking is the Solent-only liquid diet good for you?

Some Foods Need Not Be Organic

Environmental Working Group tested conventionally produced fruits and vegetables in terms of pesticide residue. Surprisingly, some of the items contain barely discernible amounts of residue at all making one question if the high price the comes with the organic food label is justified.

You go to a grocery store and you also see a variety of supermarket prepared foods from healthy to not-so-healthy food that you can choose from. Then you decide to buy the healthy food as labeled. Are you sure that you’re getting the right, fresh, organic and nutritional food? Let’s find out.

How to Stock Your Refrigerator Properly

If it were a normal day, you may begin neglectfully stacking your goods into the cooler staying them wherever they appear to fit best and not giving much thought to where and why you're putting things.

Appropriately washing vegetables can take out germs and microscopic organisms that cause food-borne sicknesses. Washing your vegetables might appear like an easy task, yet appropriately cleaning a portion of the trickier ones is an entire diverse story.