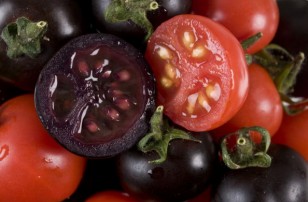 The Science Of Vegetables: You May Be Cooking The Wrong Way

If you think cauliflower is best when boiled, you may be cooking the wrong way!

U.S. Senate will vote today whether or not the government should require mandatory labeling on foods containing genetically engineered ingredients. This will put an end to the controversial issue that divides American on GMO food labeling in the whole country.

5 Most Common Cooking Mistakes We All Tend To Make

When you have decided to prepare something, you have to make sure to get certain few things right.

Chocolate Milk Recalled in Quebec Due To Contamination

The Canadian Food Inspection agency ordered the recall of Beatrice Chocolate Milk drink after tests showed that they contain chemical sanitizers in the milk. Retail store from Ontario and Quebec are the affected areas where Beatrice chocolate milk drink products has been distributed.

There are misleading claims about what's called 'healthy' by the manufacturers. The Journal of Nutrition Education and Behavior explains the vague in such marketing that often leads to misconception.

Beware! Overcooking Your Fries is Not FDA-Approved!

The new warning by the Food and Drug Administration might change the way you deep-fry your French fries.

Often storing food is a major problem. Plastics commonly used to store leftover foods do not keep the food viable for long periods, as they are not effective enough to protect the edibles from oxygen. Keeping this issue in mind, scientists at the National University of Singapore (NUS) have developed an environment-friendly packaging material.

It's essential to comprehend what's in our food, to be instructed and smart buyers and to be responsible parents who give our kids great and healthy food. However, toward the day's end, in case you're stressing about the treat your little girl brought home from a party since it was covered in icing, then it's simply not worth it, despite any potential benefits.

Top conglomerates of food industry have been in the business for decades but with the advent of “edible” startups, analysts see a decline in the traditional way of patronizing food industries, instead it shifts its eyes to food startups! It also means that for huge established food brands doing the same thing all over again, they must come out, explore and innovate. Otherwise, the startup companies will surely dominate the market as it does now.

A disquieting video apparently showing an employee urinating all over the food production line of a plant belonging to Kellogg's Cereals has gone viral. Although the company has pulled down the 47-second clip originally posted on WorldStarUncut.com, it can be seen below this article.

Splenda Side Effects: New Study vs Splenda on Cancer Claims; Is Sweetener Safe or Not?

A recently published study has reignited the long running Splenda issue - is it or is it not safe?

Domestic Factors That Can Make or Break Your Health

An ordinary home contains a normal of 3 to 10 gallons of harmful materials as household cleaning items alone. In view of these poisonous items found in innumerable products from furniture to child things and gadgets, it's anything but difficult to see why a few specialists warn that many are prone to be presented to hazardous levels of chemicals.

Constance Georgostathis, the daughter of an Ohio woman who is currently recovering from a coma following consumption of listeria-tainted Dole salad in January, which claimed one life and made 18 others sick prompting the company to recall bagged greens in 23 states, has filed a federal lawsuit last week accusing the food manufacturer of neglect in failing to fulfill the federal as well as state food safety laws.

Ways to Tell If Leftovers are Still Good to Eat

It's important to check leftovers before serving them into your dining table. Give it a sniff, search for any indications of mold and in the event that it passes the scent and sight test, next will be the taste. Knowing to what extent and what to check for can spare you and your family from foodborne sicknesses.

The supermarket prepared meal market has grown into a $29 billion annual industry fueled mainly by customers' growing concern for healthy eating and the convenience offered by these ready to eat meals. Consumer Reports investigated some of these prepared meals to check if they are really as healthy as perceived.