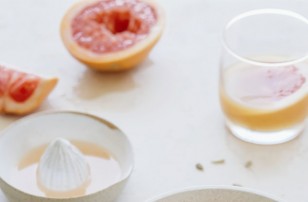 4 Ways to Boost Your Energy Naturally with Breakfast

Breakfasts are, indeed, an early-morning necessity if one is to set the right tone for the day. But strangely enough, many of us still manage to miss our breakfasts before setting out for the day.

Long John Silver's is famous for their chicken, cod and fried shrimp platters. It was started in 1929 by Jerome Lederer as a hamburger stand. Gradually, Lederer formed Jerrico Inc. and opened Dime Chain, Jerry's Five and other restaurants.

Foodie and Single? Take a Local Cooking Class to Mingle

There's a new trend sweeping through the dating scene -- cooking classes! When you get right down to it, cooking classes as a popular option for dates makes a lot of sense. So many date nights involve eating out at a restaurant, so it's only natural that people would begin learning to make a meal themselves as an extra flourish.

What Does Generation Z Want To Eat? The Food World's Next Big Question

The dining and shopping habits of Millennials have become fairly clear. But now, the food world is looking at the young consumers behind them: Generation Z.

After writing about some of our most memorable First Ladies' Favorite Foods, I noticed Laura Bush