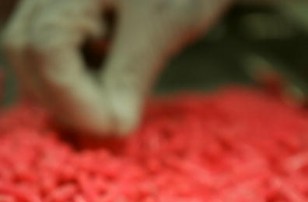 Taking a cue from Starbucks, McDonalds has announced that it would be launching a loyalty program, which is expected to be implemented by the end of 2016 or early next year.

A Fool's Guide To Having A Kickass Barbecue Party

These few tips will make the day great.

3 Unique Burger Patty Ingredients You Should Not Miss Out

Here's a quick list of burger patties and their ingredients you would want to try out.

Arteries get ready, as Atlanta introduces another food mash-up the "burgerizza". It's a cheeseburger served between two pizzas.

Age Gracefully, Eat Based On Your Age

Different age groups require different kinds of nutrients to nurture the body. As we get older, the demands of the body shifts from one set to the other. And nutritionists say that if you want to achieve the best health when you reach your prime age, then you should start watching what you eat and properly analyze the nutrients you get depending on how old you already are.

Peking duck restaurant DaDong has opened its own fast food joint in Beijing while McDonald's and KFC keep on introducing Chinese-style burgers to engage local tastes.

Sonic will be offering their 6-inch Chili Cheese Coney and All-American Hot Dogs for $1 per piece for the second time this month. Grab this special deal this Wednesday.