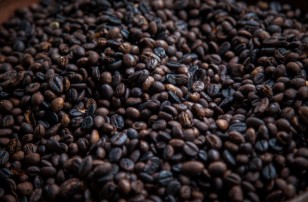 Top 3 Weird Coffees Around The World

Here are some of the world's most puzzling coffee brews.

It turned out that the global warming is not an issue to heat up Western culinary with 'sambals' and other tropical Asian flavors. This year's flavor trend in America savors the delights of Asian spices, as presented by Flavor Forecast.

Since posting a 30% quarterly drop in profit last October, McDonald's Chief-Executive-Officer, Don Thompson, has announced that changes would be coming to the McEmpire, including fewer menu options and new customization of both sandwiches and value meals.

Use these rules to naturally slow your sugar intake—and keep eating meals you love.

Time to know which is healthier: tuna in oil or tuna in water!

Baseball is an important American leisure activity that flags the start of spring. And a tour to the ballpark wouldn't be complete without some great grub.

What You Need To Know About The Latest Avocado Seed Craze

A viral video showing how to prepare an avocado seed for consumption has grabbed social media's attention lately. Promoting avocado seed's supposed health benefits, a lively conversation is on going with one camp firm on the belief while the other is opposed, saying ingesting the seed could be dangerous. Read on to know the facts.

Emoji's online presence can now be shared in the real world.

$1000 Ranch Dressing On Display Since 2014 Sold In Dallas Pizzeria

Vegetarians are people who don't eat meat, fish or poultry. And it takes commitment, will power and dedication to live up to the veganism. Those who turn vegan need to give up a lot of types of food including eggs. And it's no easy task. To help new vegans adjust, here's a list of egg substitutes for the vegetarians: