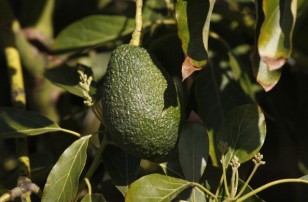 What You Need To Know About The Latest Avocado Seed Craze

A viral video showing how to prepare an avocado seed for consumption has grabbed social media's attention lately. Promoting avocado seed's supposed health benefits, a lively conversation is on going with one camp firm on the belief while the other is opposed, saying ingesting the seed could be dangerous. Read on to know the facts.

Those Trying to Conceive Should Drop Their Caffeine Fix: Tips Even Husbands Should Follow

A recent study concludes that both the couples caffeine drinking habits in the weeks prior to pregnancy could contribute to an increase in the miscarriage risk.

Are Strength Workouts Better Than Cardio?

Breakfast Is Not The Most Important Meal After All

A nutritional expert challenges the commonly held belief of breakfast being the most importantly meal of the day. According to him, there is no evidence supporting all those touted health benefits of eating the morning meal.

It seems some vegetables are almost immune to clingy viruses that a simple rinse or two would be sufficient to remove them. This characteristic makes them less likely to be contaminated, a fact that could be used in the fight against foodborne illnesses.

Classified as an ultra-processed food item, people have leared to be wary of soft drinks, or at least, control the amount they consume. However, there are actually far worst drinks than sodas in terms of sugar content. Though tea, coffee and chocolate have proven health benefits, it would be best to steer clear of these drinks due to their high sugar content which would make the regular soda look almost "healthier" by comparison.

Applying a new way to analyze data from 87 previous long-term studies, researchers say that drinking in moderation does not seem to offer any health benefit at all. However, others are wary of this new conclusion saying that what the new interpretation offers is the fact that drinking moderately does not seem to affect death rates either negatively or positively.

Dangerous Cravings: Why We Continue To Eat Food We Know Could Kill Us

It's almost ironic to consider that while people already know what is healthy and what is not, majority still continue to gorge themselves with unhealthy food choices. Is there something pushing people to eat the very foods forbidden to them?

In an article,Food and Wine said researchers are synthetically reproducing anti-bacterial, anti-inflammatory and anti-Cancer compounds found in hop. Potentially, they say, it can cure cancer.