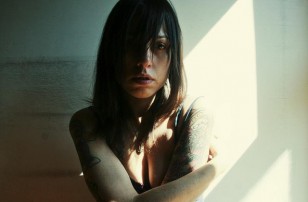 Instead of going to the psychologist for a prescription of anxiety reducing drugs, it would be best to first try to cure anxiety with foods known to reduce its symptoms.

Should You Try the Alkaline Diet To Have Maximal Health?

With its fantastic health claims, many are thinking of trying the alkaline diet. Should you?

Futurist Ray Kurzweil predicts that by 2045, technological breakthroughs will be sufficient for the human race to live indefinitely and offers his 700 calorie breakfast as a means to reach that period.

Daily alcohol limit recommendation vary between countries, This makes these guidelines extremely doubtful for alcohol consumers. Is there really a safe daily drinking limit at all?

Want to add more adventure to your India vacation? Then you need to try these six seemingly bizarre India foods, that those in the know would swear they taste divine.

A recent study predicts that future nutritional contents of plants would decline along with rising CO2 levels.

Study Concludes Sweet Tooth Hard-wired at Birth, Suggesting Some People At A Greater Risk For Obesity

Recent study shows that preference for sweets might be hard-wired since birth. This shows that genetics play an important role in obesity risks.

Those planning to take up tea drinking might as well start with these four healthiest tea varieties.

These 6 Foods May Help You Persevere In Your Diet

These 6 food can help address hunger pangs, one of the main reasons why many dieters fail.

A study made a surprising claim that vegetarians are less healthy both physicall and mentally.

A recent Italian study show how coffee may have a protective effect against non-alcoholic fatty liver disease. What's more, coffee may even help reverse the medical condition.

While FDA is initiating legal procedures to ban the use of pig antibiotic carbadox, its maker, Phibro Animal Health Corp vows to vigorously defend the drug in court.