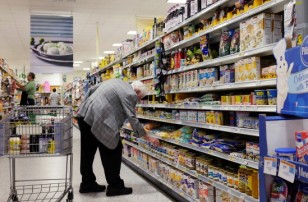 9 “Healthy” Food Labels You Should Ignore

"Natural", "Fat-free" and "Organic" are healthy labels right? Not necessarily, according to Thrillist. Read on to find why some of the label you thought were healthy and are willing to pay premium for may actually be just a marketing gimmick.

If you already feel the need to dip in the greens but aren't sure where to start, this is how you can love healthy foods without forcing yourself.

Yogurt is healthy but there is another fermented drink that might outshine yogurt's well-known health benefits. Kefir offers more probiotics plus benefecial yeast and could give a longer-lasting effect in gut health.

Potatoes may be able to help you lose weight, despite being a major source of carbohydrates.

Eat Prebiotic-Rich and Fermented Foods For a Healthier Gut

Good bacteria is beneficial to one's overall health. However, a scientist speculates that not enough good bacteria might reach the gut via eating fermented foods. Thankfully, another expert weigh in and offers a solution to this gut problem.

We thought that it was our lack of sleep that caused us to binge-eating. Sleep Journal explained a new link that proves it's the other way round.

Study: Paleo Diets May Contribute to a Healthy Heart and Weight Management

According to a study, a Paleolithic diet may help women achieve good circulatory health and help with weight management.

A five-month old Yemeni boy's pic shocks the world and finally exposes the realities of the plight of Yemenis affected by the Saudi-led airstrikes. The boy died two days after the picture was taken due to extreme malnutrition, attributed to the naval blockade and the destruction of the nation's infrastructures, disrupting food supply.

A new study says that obese population worldwide rose to 641 million in 2014, a sharp rise from the 105 million obese people reported 40 years ago.